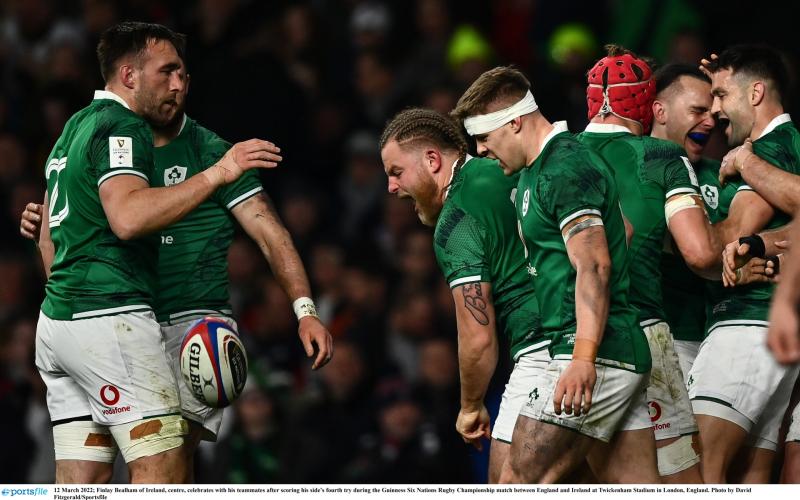 Try-scorer Finlay Bealham admits Ireland’s win over England was an emotional occasion his family will never forget after being reunited with his parents for the first time in more than two years.

Australia-born prop Bealham came on for the final seven minutes of Saturday’s epic Guinness Six Nations clash and capped his cameo outing with a crucial score which secured his title-chasing side a bonus point.

Coronavirus restrictions have prevented the 30-year-old Connacht player returning to his homeland since the pandemic took hold.

His father was pictured in tears as the family embraced following the 32-15 Twickenham victory.

“It was brilliant to get on and unreal to score a try as well thanks to James Lowe’s really good carry,” said Bealham.

“It put me in a nice position to get over the line and it was a lovely try. It was just nice for me to be out there. 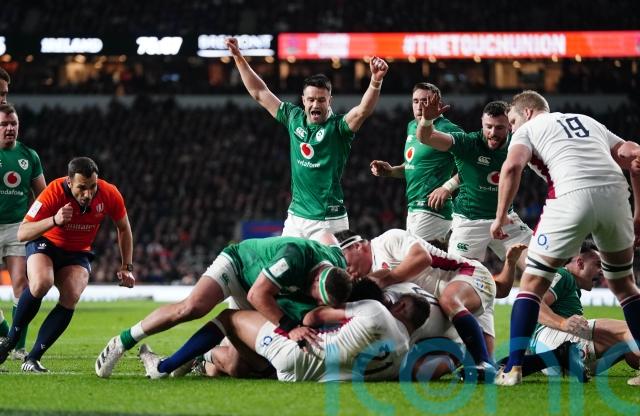 “I got to see them after the game in the crowd and it was a really emotional moment for us.

“Certainly this is a day that the Bealham family won’t forget.”

Ireland benefited from England lock Charlie Ewels being dismissed inside 82 seconds for a dangerous challenge on James Ryan.

But Andy Farrell’s men were pushed all the way by the depleted hosts before late scores from Jack Conan and Bealham broke the resistance, adding to first-half tries from Lowe and Hugo Keenan.

Ireland have collected bonus points in each of their four championship fixtures to keep themselves within touching distance of table-topping France.

They conclude the tournament against Scotland in Dublin, while Les Bleus host England, with Bealham predicting “fireworks” in Paris.

“That game’s going to be massive next weekend,” he said.

“We’ll be solely focused on our game and do everything we can to put out a really good performance and let the chips fall where they may.

“England are a quality team and France are a top-quality team, so there’s going to be fireworks in that game.

“Thankfully, throughout this tournament we’ve racked up a couple of bonus-point wins and then the losing bonus point and they’re very critical; going into the last game of the Six Nations those extra points add up.”

Ireland’s performance in south-west London was undermined by repeated struggles at the scrum.

England, who had wing Jack Nowell packing down at flanker following Ewels’ red card, dominated that department all afternoon.

“We take really big pride in our scrum and to give away four or five penalties at this level made it tough on the team,” said Bealham.

“We’ll have to analyse that especially well because Scotland have a really well-drilled scrum.

“We won’t have much time but we’ll have to make adjustments accordingly.”