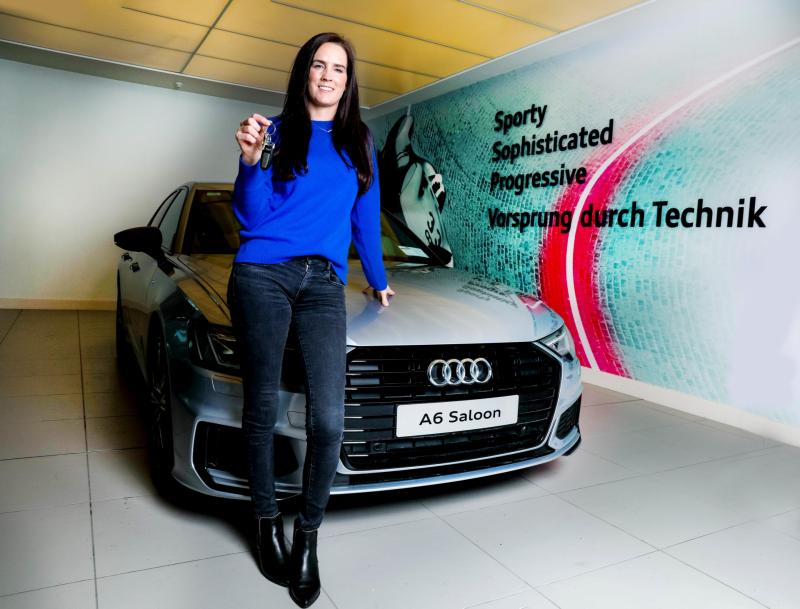 Trailblazing jockey Rachael Blackmore has joined Audi Naas as their latest Performance Ambassador following an incredible season which saw her being crowned top jockey at this years’ Cheltenham Festival as well as her historic Grand National win.

Audi Naas believes that Rachael embodies and represents the new brand core “Living Progress” with the same mind-set and attitude.

“I am proud to be partnering with the team at Audi Naas as their Performance Ambassador. I spend a lot of time in the car on the road driving to race meetings.

"Audi has always been my favourite car brand to drive, it’s a dream to be partnering with them and driving the brand new Audi A6. The team at Audi Naas are incredibly supportive of my journey and I am looking forward to working with them”.

“We are delighted to be partnering with a sportsperson of Rachael Blackmore’s calibre. Rachael is at the cutting edge of what she does and embodies many of the same values as the Audi Naas brand, including precision, style and performance.

"It is an exciting time in Rachael’s career, and we are proud to support her as she continues to forge ahead in the horse racing industry.