Newbridge or Nowhere Part 2 as Tyrone roll into town 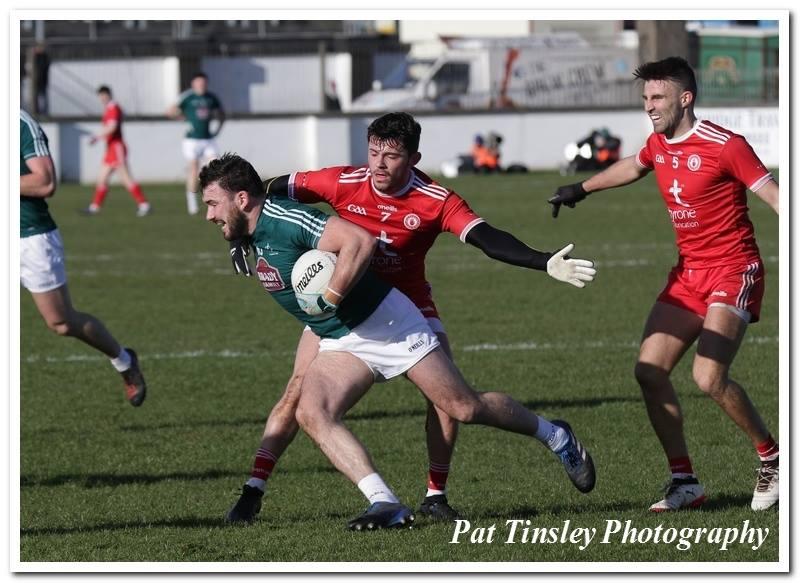 It’s a draw that neither would have wanted but it is what it is as Tyrone and Kildare get set for a heavyweight clash in St.Conleths Park this evening

It will be a year to the day since Kildare and Mayo collided and unfortunately for the second year running a marquee qualifier will directly clash with the Irish Derby up the road with the 5.00 throw-in coming twenty minutes before the big race.

The game is eerily similar to the original Newbridge or Nowhere as not only is it the same day and venue but the previous year’s All Ireland Finalists are also the opposition.

Kildare will be looking to repeat the heroics of that Mayo victory as they look to go one step away from the Super 8’s but no doubting the huge task ahead of them.

Kildare got here by getting the better of Antrim in Belfast last weekend and manager Cian O’Neill was pleased with the team’s performance.

“The application of the team for the vast majority of the game was one of the more pleasing aspects as we would have been rightly criticised in the past for letting teams back in so we but the lads stuck to their task for large periods”.

“We were disappointed with the last quarter as we got sloppy and went off script but we had six subs in early and with Neil Flynn getting injured we played the last eighteen minutes with 14 men”.

“Lots of positives there though with still some lessons to be learned for the next day”.

O’Neill’s Moorefield clubmate Adam Tyrrell is having a fantastic season and the current top scorer in the Championship notched another seven points to his tally on Saturday afternoon and also admitted that he’s loving his football at the moment.

“I’m enjoying life at the moment and I’ve changed a few things. I’m just really happy and hungry for Football”.

Our aim is to get into the Super 8’s but we will take one game at a time and you want to be playing some of the best sides in the Country”.

“We will take anyone”.

And that anyone is Mickey Harte’s Tyrone who will feel they are still All-Ireland contenders but then again so did Mayo in 2018.

What Tyrone do have though is a fantastic record against the Lillywhites with just the 2012 Division 2 National League Final the real black mark.

It was them who ended Kieran McGeeney’s tenure as manager back in 2013 and they have a winning habit over Kildare at the moment.

In saying that there was plenty of close encounters between the sides and there would be no better time than tonight for Kildare to get one over the Red Hand County.

With Mayo and Armagh also drawn together this weekend will see two of the big guns exit the Summer’s action.

St.Conleths Park is the place to be and with the weather set to oblige it could get heated.