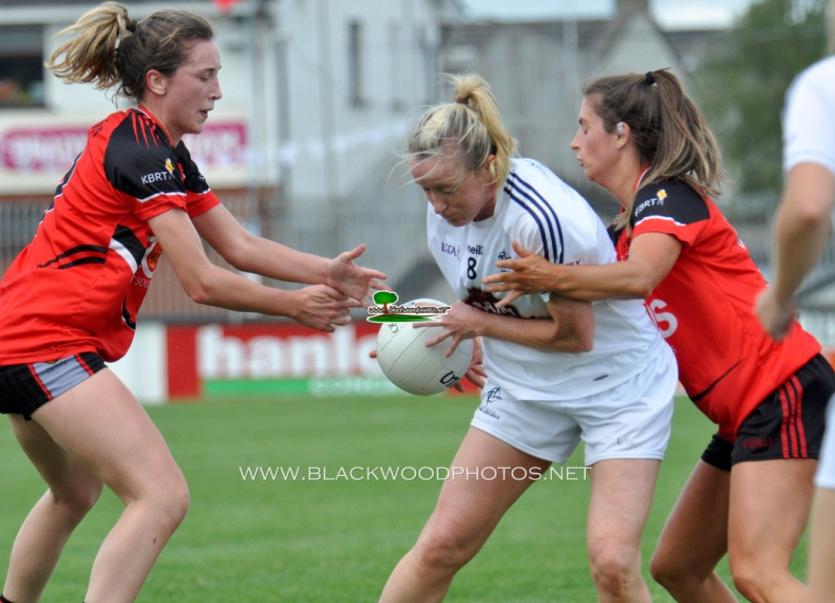 Kildare have named their team for this afternoons All-Ireland Intermediate Championship Quarter-Final against Roscommon in Kinnegad.

Kildare boss Daniel Moynihan invites the likes of Sarah Munnelly, Claire Sullivan, Ellen Dowling and Orlaith Sullivan back into the starting fifteen after the quartet only appeared as subs in last week’s defeat against Down.

Despite the announced team there is expected to be changes prior to throw-in after Lara Gilbert was named and its highly unlikely the Kildangan/Nurney star will be fit to play after suffering a serious looking injury last weekend.

Roscommon come into the game after winning all their group ties and after defeating Kildare in the League they will start as warm enough favourites.

Throw in is at 1.30 in a game that forms part of a double header with Offaly v Sligo.