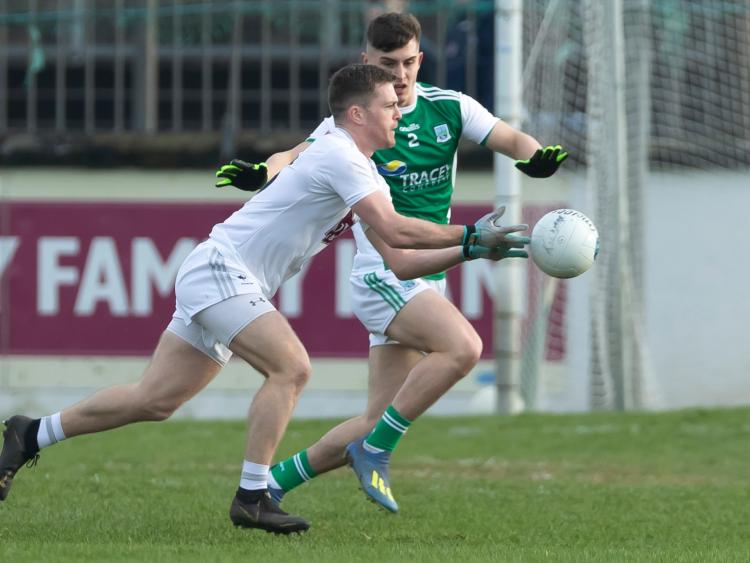 Jack O'Connor got off to the perfect start as Kildare manager after his side ran out four point winners over a gallant Fermanagh in St.Conleths Park.

Goals in either half from David Hyland and Daniel Flynn proved crucial for the Lillywhites with Flynn's the turning point in the game after Fermanagh had edged their noses in front.

Fermanagh were very dangerous on the counter attack at stages and looked primed for victory when they kicked four points in a row to go 0-13 to 1-9 ahead but Kildare found a way to dig out the victory.

Kildare looked vulnerable at the back during periods as they pushed up on the kickouts but they still had big performances from the likes of Con Kavanagh, Shea Ryan and Neil Flynn as they found a way to dig out the win which hasn’t always been the case with Kildare teams.

Team captain David Hyland went off with a head injury early on and under normal circumstances would be a huge loss but his replacement Kevin Flynn stood out and the former All Star nominee is bound to be pushing close for a start when Kildare travel to Ennis next Sunday.

After defeating Kildare in a drab encounter in Brewster Park a year previous the Erne County almost had a dream opening to the game when Ciaran Corrigan broke clear of Liam Healy and rounded Kildare keeper Mark Donnellan but his shot could only rebound off the crossbar with the goal gaping.

Conall Jones made up for that miss a couple of minutes later with a converted free to give Fermanagh the lead.

The advantage didn’t last long though after Kildare found the net in the 7th minute when David Hyland latched on to a Tommy Moolick pass and rounded James McGrath to score.

A couple of Jones frees then levelled the contest before Daniel Flynn kicked over from a mark.

Neil Flynn added on a Kildare free before points from Ryan Jones and Darragh McGurn levelled up matters.

Jones with his second of the half pointed Fermanagh in front in the 22nd minute but Kildare took command in the final few minutes of the half.

Nei Flynn, Con Kavanagh and Paul Cribbin all scored to give Jack O'Connors men a 1-5 to 0-6 buffer.

Fermanagh did threaten late on but Mark Donnellan saved well from Ciaran Corrigan before Conall Jones ended the half’s scoring as Kildare held a 1-5 to 0-7 lead.

A Darragh McGurn score got Fermanagh level in the opening minute of the second half but it was from here that Neil Flynn took command for Kildare.

The Maynooth star kicked three successive points with two from frees as Kildare edged the margin out to three.

Flynn and Jones who were pretty accurate on the frees for both sides then exchanged points before Fermanagh hit a purple patch of four points to go in front with Jones, Ultan Kelm and Ryan Jones knocking over scores.

Kildare looked in a bit of trouble at that stage but a well worked  Daniel Flynn goal in the 58th minute got them out of that malaise with Shea Ryan and Paddy Brophy doing great work in the build up before  the Johnstownbridge man fired a low shot into the bottom corner.

Sub Eoin Doyle followed up with an inspirational effort from distance and despite Conall Jones kicking over from play Kildare had enough to win with the two Flynn’s knocking over insurance scores.

Fermanagh lost Ryan Jones to a red card during the four minutes of stoppage time but Daniel Flynn’s fisted point had Kildare clear on the scoreboard for a perfect beginning to the National Football League.