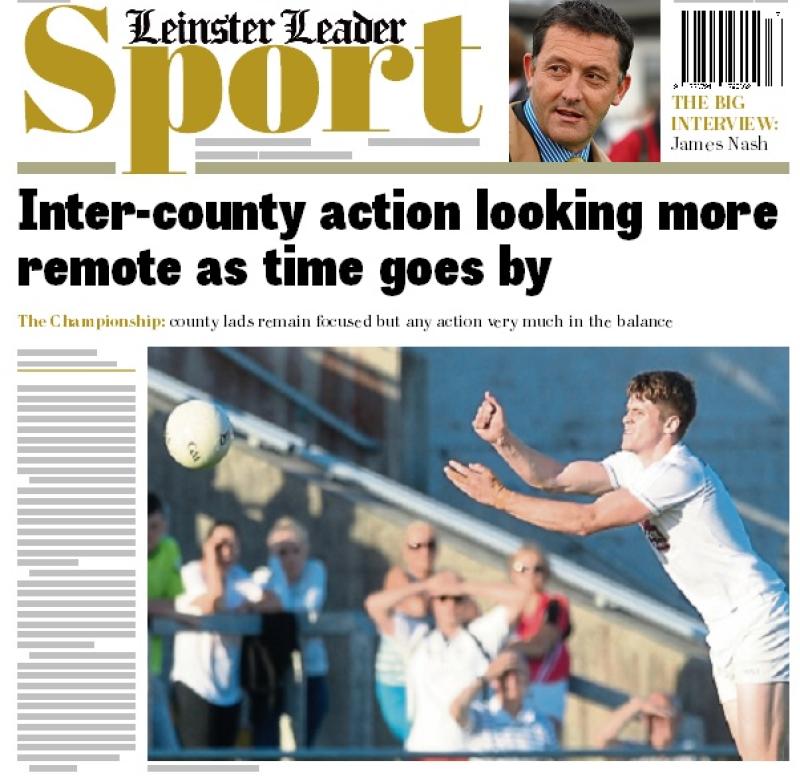 In our weekly The Big Interview series, this week we chat with Curragh trainer and former top amateur jockey James Nash. James talks about his early days in Limerick; his move to the Dermot Weld Yard and then to Willie Mullins where he enjoyed tremendous success at both establishments and explains the difference in approach between the two top trainers. James then moved into training, setting up on the Curragh where he has had some great success on the flat and over jumps. He talks about the virus, his plans and hopes for the rest of this season and beyond.

GAA: Inter-county Kevin Feely tells the Leinster Leader that despite the lockdown county players continue to train on their own, keeping fit and focused and while he acknowledges that it is difficult times ahead on the county front, he hopes that if the championship does not resume, that club action will eventually.

In our weekly series on Search of Sam, this week we look back on the Leinster final of 1998 with Paul O'Meara's extensive match report while Tommy Callaghan comments on the day day the Knights in White Satin finally ended the drought.

Racing: Our Questions and Answers series with people from the racing game continues, this week champion amateur jockey Patrick Mullins answers the questions.

From the Archives: Uproar as delegates refuse to leave was the heading on an article from the May 1998 Co. Board gathering when club delegates, opposed to the amalgamation of Éire Óg and Corra Choill disrupted the meeting and refused to leave.

Also on the golf front one of the biggest societies around at the time, Coffey's of Newbridge, held their captain's prize over 36 holes in St Helen's Bay, we report on the outcome; while also take a stroll down memory land as a team of four from the Curragh cruised up at the annual Cystic Fibrosis Classic at The K Club.