Naas CBS take on Rochfordbridge in Leinster 'A' decider

Three in a row on the cards for Kildare lads 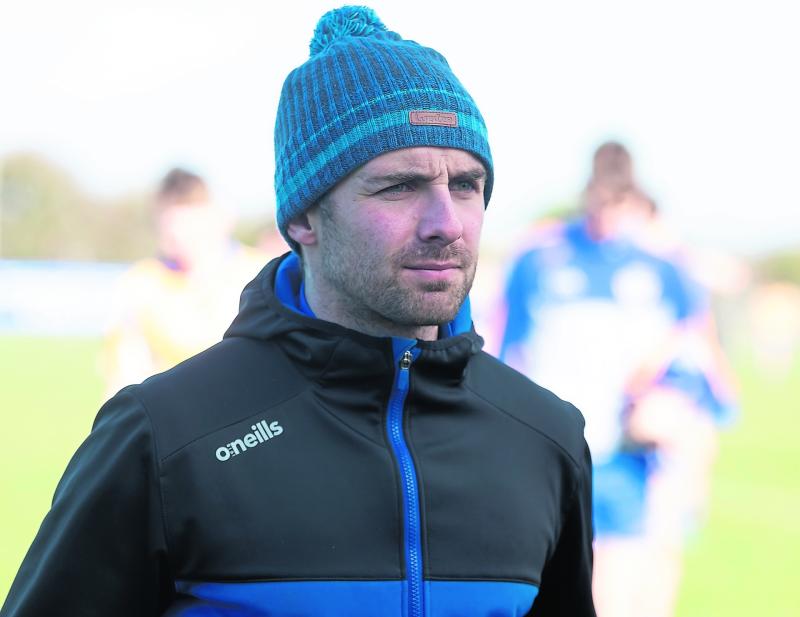 A quick perusal at the Leinster Colleges Senior Football ‘A’ Roll of Honour makes for some interesting reading.
On the top of the pile with no less than 29 titles is St Mel's of Longford, they are no less than 19 titles ahead of second placed St Patrick's College, Navan and St Finian's College, Mullingar.
Naas CBS are down the ladder in joint seventh place with just two titles to their credit, but the two have been the most recent, 2018 and 2019, and so on Friday afternoon at O'Connor Park, Tullamore (4 pm throw-in) Naas CBS will be seeking their third Senior College title in three seasons.
And when you realise that no other school from Kildare is on the Roll of Honour list, it simply puts into perspective what has been achieved, to date, by all at Naas CBS.
St Mary's Edenderry also have two titles to their name (2009 and 2012) achieved it has to be said with no shortage of Kildare lads who were attending the school at that time.
Opposition for Naas CBS on Friday are St Joseph's of Rochfordbridge, the Co. Westmeath school making it through to the final and seeking their first ever title at this grade. They captured the North Leinster title in some ease earlier in the year.
On their way to the final the Ronan Joyce-managed Naas CBS school defeated Athlone (5-18 to 0-7); got the better of Moat in the quarter final (0-15 to 1-7) before defeating Marist in the semi final 1-11 to 1-6.
St Joseph's, managed by a man that led Moorefield to two SFC championships, Luke Dempsey, and on their way to their final defeated St Pat's Navan (3-7 to 1-11); Louth Schools in the quarter final (4-11 to 1-6) before defeating Coláiste Eoin in the semi final (2-11 to 2-9).
Naas CBS had two big ambitions at the start of this season, (1) to retain their Leinster title and (2) make it back to the All Ireland final and make up for last season's disappointing loss.
Whatever about retaining their Leinster title their ambition of winning the All-Ireland title is, unfortunately, gone by the wayside, those in authority having decided there will be no All-Ireland series this season due to the cor0navirus, but if they can make it three Leinster ‘A’ titles in three years and retain the Bro Bosco Cup it would be one hell of an achievement.
Of course how both teams will have managed the long lay-off, Naas won their semi final back on March 3, while St Joseph's booked their final spot a day earlier, is simply the unknown factor.
It was more or less a given that this Schools final would probably not be played this year, due to the virus, but thankfully with the easing of restrictions it is now being held but exactly how the players react, how fit they can get having been off since mid-March is the real unknown.
Ronan Joyce has had his lads back together for the last few weeks now, they have trained and had some in-house games, bringing back in a few lads that were involved with them over the past few years, but Ronan feels the lads are coming along nice, “they have put in a lot of effort, both with their clubs and back with us and while it is very difficult to say how things will pan out, I have to say, all things considered, I am happy where we are at the moment.”
Injury-wise, fingers crossed, we are in the clear, a couple of knocks but we should have a full squad to pick from.
“If the game had been played as originally fixed, we would have been under pressure somewhat with both Michael McGovern and Kevin Quinn, but both are now back to full fitness and available, so that is a bonus.”
And what of Rochfordbridge, you known anything about them?
“Before a ball was kicked this year they were one of the schools we were told to keep an eye on; they have been fancied under manager Luke Dempsey, won the North Leinster Championship somewhat comfortably, so that form has worked out.
“They have played Tullamore, also in one of the schools finals, recently so we can expect Luke to have them ready but sure they have had the same time as we have had to prepare and we will just go out and do what we have; we will be losing something like 20 of our lads for next season so a lot to play for with so many lads finished school.
“In many respects this is the last throw of the dice, from a schools perspective, for so many of the lads, so we will give it our all, and hopefully we will come out on top.”
In the other corner, sort to speak, Luke Dempsey is a much travelled and highly successful manager, in more counties than one.
He managed in Kildare for a couple of years, steering Moorefield to back-to-back titles.
Luke's credentials are second to none, and at all levels; no doubt he will have his lads primed for Friday.
A schoolmaster at St Joseph's now for a fair few years.
When he arrived sport was far from top of the agenda in that particular learning house.
Luke changed that.
Slowly, methodology but with a purpose.
His one aim was to get this school up with the so called big boys in Schools ‘A’ football.
That he has achieved.
A victory in the North Leinster Schools earlier this year, sent out the signals.
We are told by a few that should know, they won it with a bit in hand, as you might here around Kildare.
Word on the street at the start of this campaign suggested that Luke had a team capable of making an impact.
Luke might not agree with that mind you, well, he might not admit it, but he is a wily ‘old’ fox, no doubt aware of what he had at his disposal.
Even with the limited spectator numbers allowed we could be in for a cracker.