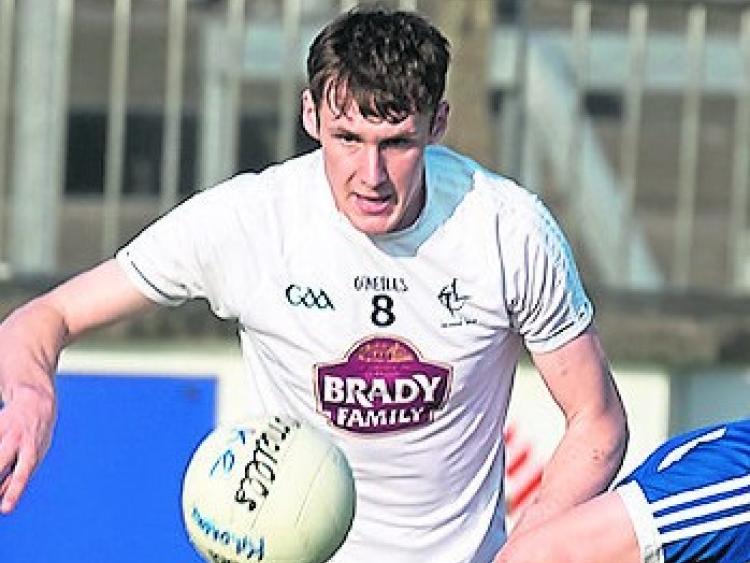 Question 8 in the Name The Captains section

4: After which GAA leader is the Davin Stand named?

7: What is the capacity of Croke Park?

8: Name the GAA Director General and his native county.

9: Of which club is GAA President, John Horan, a member?

10: What is the record attendance at an All-Ireland hurling final?

MICHAEL CUSACH
1: In what parish and county was Michael Cusack born?

2: Where and when was the first meeting of the GAA held?

4: Where did he begin his efforts ‘to bring back the hurling’?

5: Which two county grounds are named after Michael Cusack?

6: Name the title of the newspaper which he published in 1887.

7: Where did he set up his own private school in Dublin?

8: Name the character James Joyce based on Cusack in ‘Ulysses’.

9: In what year did Cusack die?

10: Where is Cusack buried?

3: I captained Kildare to three All-Ireland final victories in the 1960s.

4: I captained Kildare to win the Leinster senior football title in 1998.

5: I managed Moorefield to win the Leinster Club title in 2006.

6: My father and I are the only players to win football All Stars in two different provinces: who am I?

7: From Coill Dubh, I captained Clane to win the Dermot Bourke Cup in 1984.

9: I was the last hurler to win senior All-Ireland medals with two different counties.

3: These bordering counties contested an All-Ireland senior football final in the 1950s
4: Only two players led their county to All-Ireland U21 success in successive years: who are they?

5: In what year was the Sam Maguire Cup not presented to the winning captain after the All-Ireland final?

6: When did SamMaguire captain London in All-Ireland senior football finals?

7: In what two years was the All-Ireland hurling final played outside of Croke Park, and at what venues?

8: In what years did Waterford win the Liam MacCarthy Cup?

9: Where was Liam MacCarthy born?

NAME THE CAPTAINS:
1: Who said ‘People of Galway, we love you’ in a rousing All-Ireland speech?

3: Name the last man to accept the original Sam Maguire Cup in 1987?

4: I am the last man to captain my county to two All-Ireland hurling titles.

5: In what year did Jack Lynch captain Cork to All-Ireland hurling victory?

6: Name the last man to captain his county to two All-Ireland hurling titles in a row.

7: I was captain of Curragh, Kildare 1948 senior football champions.

8: Who led Kildare to victory in the inaugural All-Ireland Under 20 Championship?

9: Who captained Kildare to two All-Ireland hurling titles in the 1960s?

10: I captained Raheens to win the Leinster Club football title in 1981.

1: Name the only set of twins to win All Star awards.

2: Three sets of three brothers have won hurling All Stars: what are their surnames and counties?

3: Two sets of three brothers have won football All Stars: what are their surnames and counties?

4: One set of brothers have won All Stars in hurling and football with two different counties. Name them and the counties.

5: Who holds the record for football All Stars?

7: Who holds the record for hurling All Star awards?

8: Name the Offaly player who holds All Stars in hurling and football.

9: Name the second Kildare footballer to win an All Star.

10: Name the GAA broadcaster who received an All Star award in 2020 shortly after his 90th birthday?