Kildare town boxer is one of five nominees to be honoured 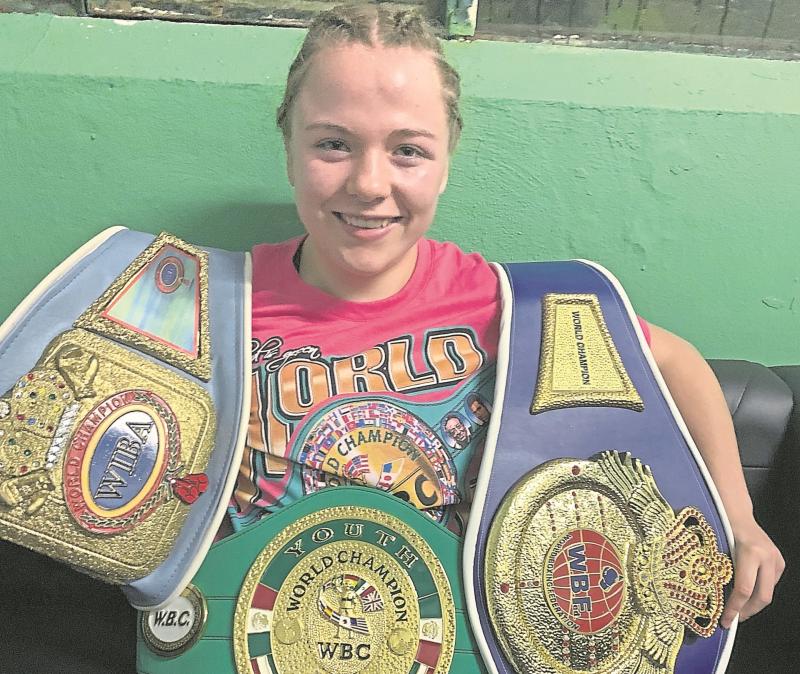 Katelynn Phelan with her three belts won in Germany

Kildare's world class boxer, Katelynn Phelan, has been nominated for an award at the prestigious RTÉ Sports Awards for 2020.

The Kildare town boxer, is one of five nominees for the Young Sportsperson of the Year Award which will be held on Thursday January 28 on RTÉ One, at 10.15 pm.

Katelynn defeated the previously undefeated German Jessica Schadko in Munich last October, to claim the WBC youth title, as well as the WBF and WIBA belts in the welterweight division. Phelan now has four wins from her pro career so far.

The other nominees in the Young Sportsperson of the Year Awards are Cork native Aaron Hill (snooker); 18-year-old Kean Barry from Meath for his darts exploits in 2020; Mayo full back Oisin Mullin and Oisin O'Callaghan, the Limerick teenager who claimed  gold for Ireland at the Junior World Mountain Bike Championships in 2020.