Kildare's Davy Burke, on club and county, Wicklow and Kildare, the split season ... and much more

The Kildare U20 All-Ireland winning manager talks all things GAA 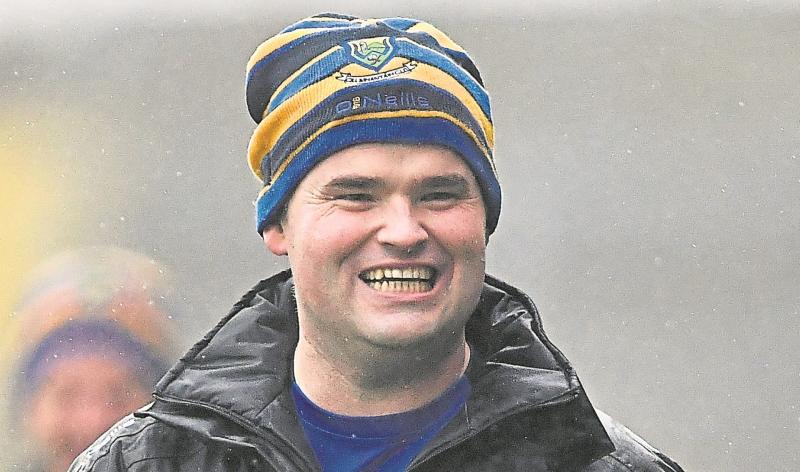 It's the way forward, absolutely; no doubt about it.
The words of Davy Burke when asked as to his thoughts on the proposed split season in the GAA.
He laughs, that boyish laugh that goes with him everywhere, before suggesting “you know I think the GAA stumbled on the way forward.”
Admitting that the organisation is notoriously slow to change and adapt he adds “I think football is going to become very more enjoyable now; we start at Point A, finish at Point B; no more of a ten month season, peaking three times a year, up and down like a yo yo; no overlapping; no manager will be interfering with the club scene, pulling players from the club scene to the county scene and back to the club scene.”
Up to this point it was very difficult to arrange anything away from football such as holidays, time off, anything, but that will all change with this new format he insists.
“It's the way forward; we can all arrange holidays; take a break; come back to the club and the best players will, as they should, be the best players for their clubs. It's a winner all round situation.”
Davy and his wife Shauna who became parents for the first time a few months ago with the arrival of their son Shea, added, again with the infectious laugh “and the big thing is you keep the family happy; keep the missus happy; keep the kids happy; you can plan your life, plan your holidays.
“It has the capacity and will undoubtedly, transform the entire season — even if the GAA did stumble on the way forward during the coronavirus, it is a plus and a win, win situation for everyone.”

TAILTEANN CUP ... ALL ABOUT MARKETING AND PROMOTION

Another big change that is planned, hopefully in 2021, is the introduction of the Tailteann Cup for counties who had operated in Division 3 and 4 of the Alliance Football League and did not reach a provincial final.
“The success, or otherwise, of the Tailteann Cup will come down, in my opinion, to how it is marketed and how it is promoted by Croke Park” says Davy Burke.
“If it goes down the road of the Joe McDonagh, Christy Ring, Nicky Rackard and Lory Meagher it is in trouble.
“Ultimately though I think it could be a great competition but if two teams playing in the Tailteann while at the same time, at a different venue, you have, for example, Kildare playing Dublin or Meath then it will be simply lost; no live television; no promotion, little coverage, simply falling between the cracks.
“But don't get me wrong, it is a good idea and with 16 or 17 counties without a bull's chance of winning the Sam Maguire, we need something like the Tailteann Cup to go after, but if it is not marketed properly it could end up a complete disaster.”
The Kildare native however points out that the 2021 final is scheduled to be played before an All-Ireland hurling semi final and asks “why not before a big football game, that kind of a fixture playing the final before a hurling semi-final makes no sense at all and in fact looks like it has just been stuck into the fixture calendar.
“That is a worry I have to say but if it is marketed properly, and I mean properly, it could be great, if not it will simply collapse and could in fact do football a terrible turn and that's for sure.”
But it will take time to take off, adds Burke, “a season or two or maybe even three, but if it is planned properly, marketed properly and promoted properly, it could become something very big for the so-called weaker counties, it is up to the GAA, we'll wait and see.”

I never made any secret of the fact that I am a proud Kildare man and I think anybody involved in football at a certain level, ultimately their senior county team is the flagship, confirms Davy Burke.
“I would like to think there is untapped talent there; think I could bring something to that that would improve them but there is probably a lot of people out there who believe they could do that also; but I think there are areas I could tap into things that could improve; but Kildare have a vastly experienced management team in place at the minute but down the line, sure we'll see what happens.”
However he quickly adds “I am in a very good fit in Wicklow at the moment; the management, the players and I think we are on the up; I am very happy and hopefully Wicklow are also happy with me.”