Two House House native, lived in Newbridge, worked for over 20 years in the Turf Club and a great supporter of The Lilywhites 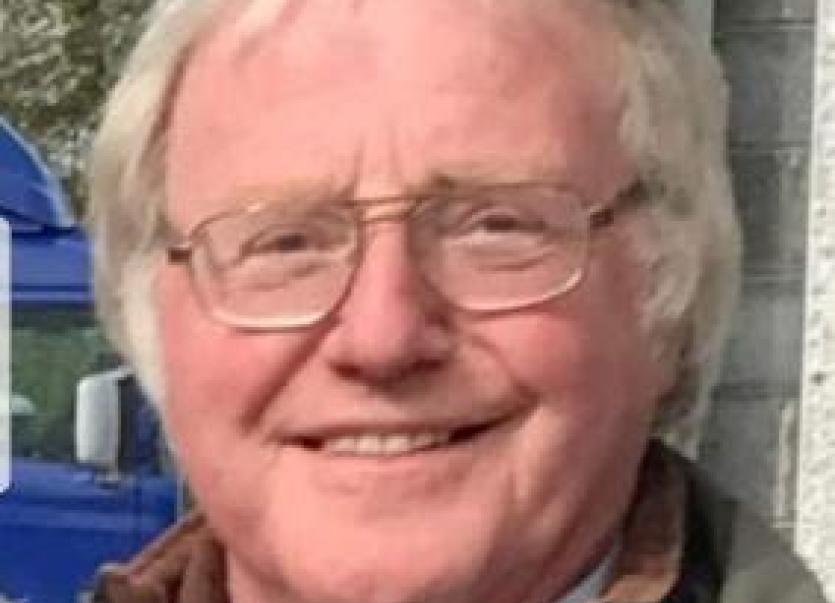 If you ever get the chance to venture to Down Royal racecourse, as you enter the racecourse on the left hand side you’ll notice a bench with the word “Welcome” on the back.
This bench was put there as a memorial to Newbridge man, Willie Buckley, who worked for many years for the Turf Club (now the IRHB) at that racecourse. The bench was put there by John Millar as a memorial to Willie who John said was the most welcoming sign on a day's racing that anyone would want.
Around 6pm on Friday March 1, 2019 at Dundalk racecourse, the winners enclosure should have been a good place to be.
Aidan O’Brien's promising looking Colt USS Michigan had just won his maiden and was a very exciting looking prospect, with an entry in the Kentucky Derby.
Tasked by the Turf Club to walk back with the horse as part of their security measures, Willie entered the enclosure for the last time. He took ill and while the medics on the scene could not have done more for him he never recovered.
A Two Mile House man he grew up in a family of seven, Pat, Denis, Mary, Tony, Seamus and Therese lived with their parents in a small bungalow in the village.
Pat, Tony and Seamus went to England to become jockeys. Tony sadly drowned while over in England at the age of 16.
Both Pat and Seamus made a good lives for themselves subsequently. Pat won the Grand National in 1963 on Ayala and then later during the 70s travelled to Saudi Arabia and Abu Dhabi where he was instrumental in setting up horse racing in both countries.
Pat passed away in February this year and is remembered lovingly by his family and by the entire racing community in Abu Dhabi and across the world.
Seamus was clerk of the course at Epsom, where the English Derby takes place and then Goodwood where he spent many years. He is retired now and living in Sussex.
It wasn’t a complete surprise then that Willie started working in the Turf club given this background and was there for 20 years. His other siblings didn’t take to racing, Mary has a successful riding school in Johnstown so is still connected with horses, Dennis worked at the American Embassy for quite a number of years and has now retired and Therese the youngest sibling stayed on in the family home in Two Mile House.
To commemorate his passing, Dundalk Racecourse have a run the Willie Buckley memorial race for the passed two years and the family hope to keep this tradition up.
This year the race was run behind closed doors and was won by the Shane Crawley trained Tartlette ridden by Seamie Heffernan. The horse is owned by the Eyeroller Syndicate, a fine bunch of lads
Two years on and Willies’ family still haven’t recovered from the loss of the larger than life figure. They would like to take this opportunity to thank all the people who have been so kind to them over the past two years. From Dundalk racecourse, John Millar in Down Royal and his many colleagues in the IRHB, especially Michelle, they are grateful for the memories.
It is a great tribute to the man that whenever someone recalls a story or anecdote with Willie in it, it always puts a smile on their face.
And anytime the shout ‘Come on The Lilies’ is heard in Newbridge, and further afield, it’s got that little bit of Willie Buckley gusto behind it.