Many positives for Kildare Ladies, despite Laois defeat 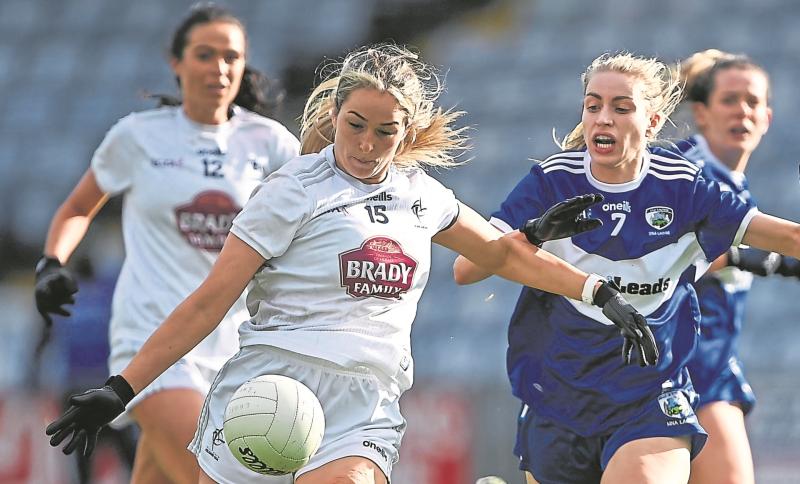 With Laois having ended Kildare Ladies' 2020 march for glory, manager Daniel Moynihan was hoping his side would correct that narrative in their first outing in 2021, and at half time this looked to be a real possibility for Kildare as their were finding their feel and also most importantly their scoring range. Little did he know this would soon vanish after the restart.

“It a game we were well capable of winning’ reflected Moynihan, “we worked our way back into the game then a lot of unforced errors forced us into putting pressure on ourselves.”
One of the key moments that saw the tide turn against Kildare was a spell early in the second half when Kildare hit four wides from angles that would cause shock for the casual Kildare supporter.
“When you look within the county in Kildare we’ve a fantastic group of forwards that are all capable of scoring from 35m out from any angle so when shots go a little bit array it puts us under a little bit of pressure.”
One positive that Kildare will take from the performance is the ability and quality that was on display from the newer member so of the squad. One area that saw significant change was in defence and Moynihan was very pleased with the shift all of his defenders put in against Laois.
“In the back line to make so many changes and for them all to stand out the way they stood out is excellent.”
One of the Laois lights that put Kildare under pressure was corner forward Mo Nerney, hitting 1-8 during the tie, Kildare made sure that her second half was a lot quieter than her first and this job fell to newcomer Laoise Lenehan.
“Everybody knows Mo Nerney, she’s a fantastic footballer, so to be able to put the shackle on her, and it was a young girl in Laoise, so thats a proud moment for us.”
Kildare are away to Wicklow next weekend.