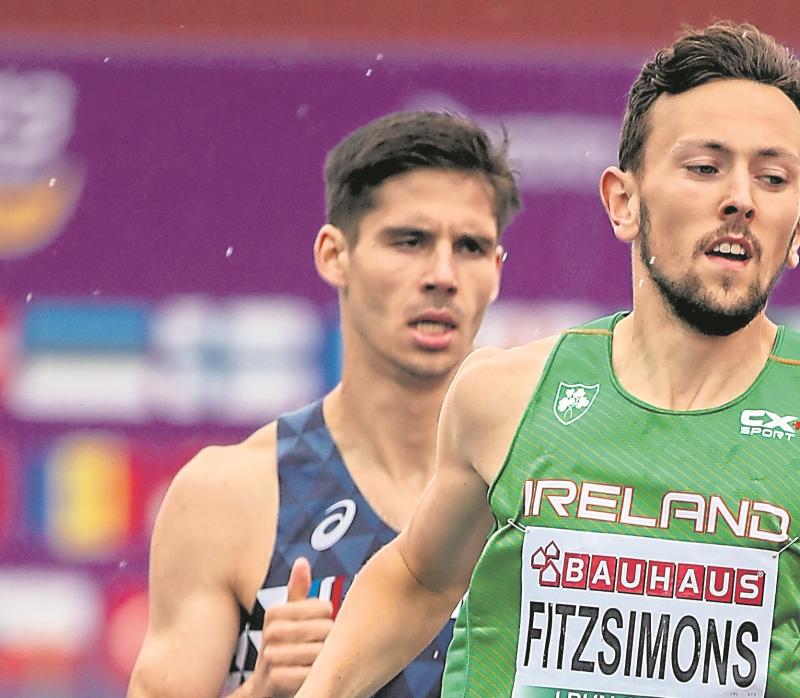 On Wednesday last at the Ostrava Golden Spike event in the Czech Republic, Kildare man John Fitzsimons finished incredibly strong to record a personal best time of 1.46.62 in the 800m.
John positioned towards the back of the field as the leaders went through the first lap in 50.20 and on a blistering second lap made his way through the field to record a 1.2 second personal best to finish in 7th position on the night with Donegal man Mark English back in 11th place.
Fitzsimons from Kildare AC will be delighted with his season opener and with this race under his belt he will be confident he can run even faster in the weeks to come.
Elsewhere on the same card, Paul Robinson was due to run in the 1500m event however he was forced to withdraw very late on when an issue with his Achilles tendon ruled him out.
Closer to home, Le Cheile Athletics Club ran a successful night of track events on Friday 21. A great evening of racing with something for every athlete from 100m up to 1500m. All who raced were grateful for the opportunity after such a long layoff and hopefully we can see many more competitions being held locally over the summer.
On Saturday afternoon, Kildare AC athlete Robert Hewison opened his season in Belfast with a 1.53 over 800m. Hewison, a training partner of John Fitzsimons will be happy to have a run under his belt and will be confident that there is more to come from him throughout the season.
In Spain, on Saturday evening Claire Mooney from Naas AC was in action at a World Athletics Continental Tour event where she ran her first 800m race for the season in 2.06.
Claire will be looking to build on this performance and improve her times in her upcoming races. Both Fitzsimons and Mooney are coached by Joe Ryan who has many of Ireland's top middle-distance runners under his care.
Looking ahead to this Saturday the 29, there is some mouth watering action taking place in Belfast at the Irish Milers Club meeting where a host of the country’s best athletes will be chasing some fast times.
There will be a strong representation of athletes from Kildare clubs competing as we will see Kildare Athletic Clubs John Fitzsimons in action in a strong field of 800m runners that includes Olympian Mark English, and Harry Purcell the current 800m National Champion from Trim AC, both Fitzsimons and Purcell have showed great recent form, and this is sure to be an exciting race.
St. Cocas clubman Paul Robinson has an entry in the 1500m although it unknown whether he will make the start due to a recent Achilles tendon flare up.
The 1500m event is arguably the most exciting race on the card with a high-class field of Sean Tobin, Andrew Coscoran, Brian Fay, Darragh McElhinney and the exciting Cian McPhillips all entered to run.
Claire Mooney is due to run in the women’s 800m event and the Naas AC athlete will be keen to improve on her recent performance in Spain.
In other races on the card, we will see Brian Conroy from Clane AC compete over 5000m. Keeley Hogan and Caoimhe Cronin, both talented young athletes from Le Cheile will race over 200 and 400m while Kildare AC athletes Robert Hewison and Eoin O’Connor will run in the other 800m heats on the card along with Dean Ryan from Newbridge AC.