Fitzsimons and Hewison in sparkling form 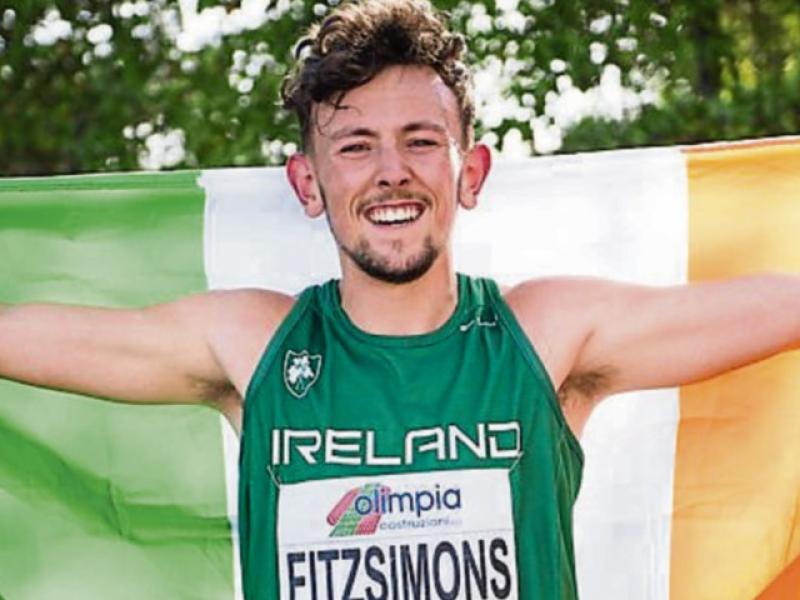 It was a beautiful day at the Mary Peters track in Belfast for some top-quality athletics action at the weekend.
The Kildare AC duo of John Fitzsimons and Robert Hewison stole the show taking out the A and B races of the men's 800m.
In the B event, Hewison ran a terrific race to win in an impressive time of 1:49.82, Hewison positioned himself towards midfield and as the leaders went through the bell in 53.53, he began to make his move down the back and showed great strength up the home straight to take the win.
Next up was the A race, which turned out to be the most exciting race of the afternoon with Fitzsimons and Harry Purcell from Trim AC fighting it out all the way to the line. Fitzsimons took up the lead with a lap to go as he went through 400m in 52.27 with Purcell right on his shoulder.

Neck and neck all the way down the back and as they entered the home straight Purcell was just edging to the front, but Fitzsimons would not give in, he dug deep to find something extra which gave him the win in a photo finish. It was another personal best performance from the Kildare man in a time of 1:46.53.
Claire Mooney from Naas AC ran 2:03.33 in the Women's A race to come home in 4th place, this was a season's best performance from Claire, and she looks to be getting stronger with each race.
Fitzsimons, Hewison and Mooney are all coached by Joe Ryan and his athletes are really putting in some strong performances of late.
Earlier in the day we saw an outstanding performance from young Kildare athlete Max Treacy. Max is 14 years old and he ran 2.44 for 1,000m in the junior boys race.
There were also solid runs from Le Cheile athletes Caoimhe Cronin and Keeley Hogan.
Caoimhe won the women's 400m B race with a strong performance in 55.74, while Keeley ran 23.22 in the men's 200m A race.