Four senior games down for decision in Round 3 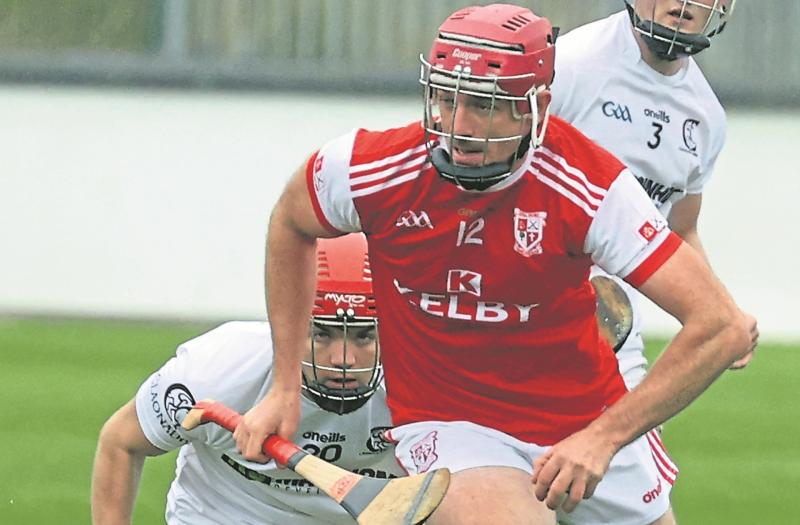 After a hectic few weeks of football championship action, the players of the big ball game get a bit of rest  with the action this weekend turning mainly to the small ball and the UPMC Senior Hurling Championship (Round 3).
With just eight teams in the SHC, two groups of four, winners and losers group, the same format as pertains in the senior and intermediate football championship, the action throws-in on Saturday with two games down for decision in Headquarters at St Conleth's Park, both are in Group A, both have two wins from two and both are through to the semi finals.
Champions Naas, are hoping to make it back-to-back titles this season, while Celbridge are probably their greatest rivals and they clash in a game that throws-in at 2.15.
Naas defeated Confey and Ardclough, their first game winning 4-21 to 0-9 and their second against Ardclough 5-31 to 2-12, so to say they are on course is certainly stating the obvious.
Celbridge, on the other hand after a slow start against Confey which they won by just five points, 1-19 to 1-14, they upped their game considerable at the second time of asking handing Ardclough a bit of a hiding 2-22 to 0-12.
So with a scoring difference of a healthy +52 to +21 Naas look in a stronger position. However with both teams also going well in the football championship, it will be interesting if either or both will play their strongest line-outs, assuming that they will, one would have to go for Naas to continue on their merry way.

The second game on Saturday is a game of a different colour as despite both on zero points, who ever wins this one will take on the second place finishers in Group B for a place in the semi final.
As it stands Confey are on -29 while their opponents, Ardclough are on -44; neither it has to be said makes for good reading.
All-in-all hard to pick a winner here but for what it's worth the vote goes to Confey to succeed on the day.
Sunday sees the two other games down for decision in Group B, both being played at the same time, 2pm, one in St Conleth's Park and one in Hawkfield.
As it stands Coill Dubh top the table with two wins from two on four points; Éire Óg Corrachoill on 2 points as are Leixlip with Clane propping up the table with zero points.
In Hawkfield Éire Óg Corrachoill take on Clane and the Prosperous/ Caragh side will fancy their chances of winning that one.
The second game, Leixlip v Coill Dubh could be the game of the day. Coill Dubh have shown tremendous improvement as the championship has evolved. They have defeated their arch rivals Éire Óg Corrachoill 1-21 to 0-13 while also accounting for Clane 1-19 to 0-16.
Leixlip also defeated Clane by just a single point while they fell to Éire Óg CC by five.
All things considered one would have to fancy Coill Dubh to advance to the semi final with Éire Óg CC taking the second place and a preliminary quarter final against their third placed team in Group A.

There is one game in the Tom Cross Transport JFC on Friday evening, in Group A, when Rheban take on Kildangan at 2015, in the St Laurence's ground.