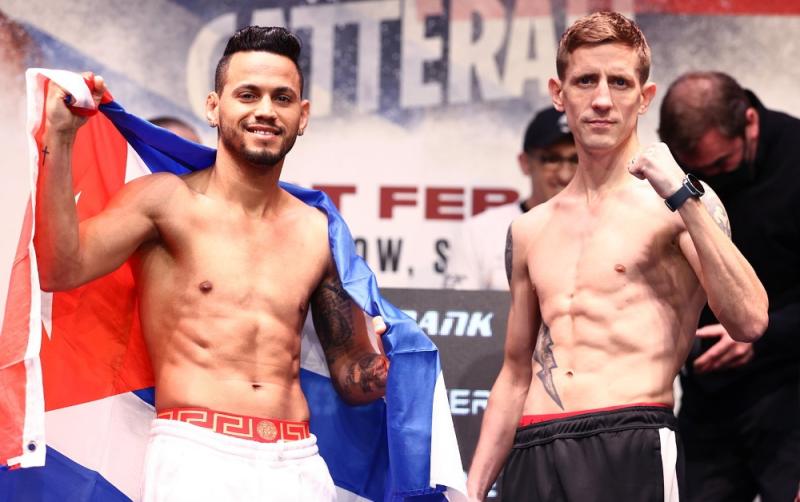 Kildare man Eric Donovan came up short tonight against the classy two-time Olympic gold medallist Robeisy Ramirez. The fight was stopped by referee Victor Loughlin after one minute and four seconds of round number three.

Ramirez caught Donovan with a left hook that stumbled the Athy man and prompted the referee to intervene. Ramirez was largely in control of proceedings which no doubt factored into the decision to stop the bout. Donovan was gracious in defeat and congratulated his opponent post-fight.

After suffering a knockdown in round one, which appeared to be more of a loss of balance for Donovan. The Kildare man stood toe to toe with Ramirez and finished out a close round two. Ramirez resumed control and finished the fight in the third.

Donovan is no stranger to being the underdog and will no doubt bounce back from this defeat. The Kildare man got a great reception from the SSE Hydro crowd in Glasgow.