Kildare racing: Flat season opens at the Curragh this Saturday

Naas follows with another top card on Sunday 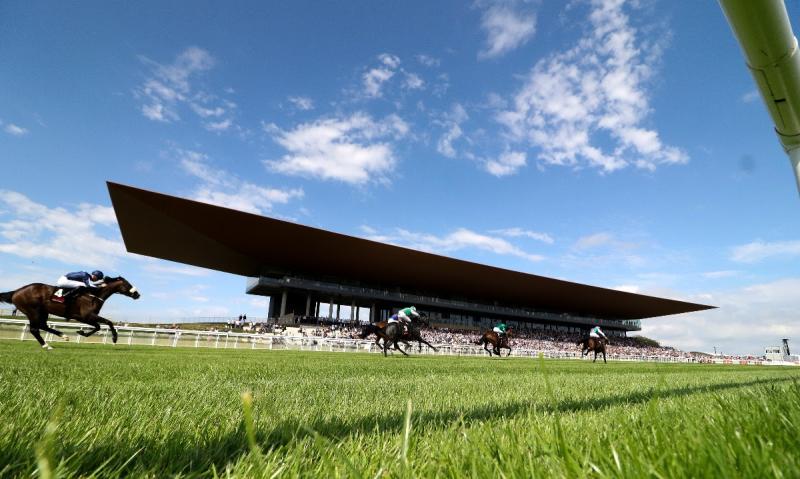 The valuable Irish Lincolnshire is the main attraction at the Curragh on Saturday as the 2022 flat season officially gets under way at Headquarters.

No less than 27 runners are down for the annual evening - the Paddy Power Irish Lincolnshire, declared.

Trainer, Ado McGuinness saddles seven of the runners, headed by top weight Current Option.  McGuinness’ intent to land the first major prize of the new campaign is evident from course and distance winners Bowerman, Saltonstall and Sirjack Thomas joining Casanova, Star Harbour and Star Of Cashel.
Fozzy Stack had given Ahandfulofsummers the option of running in either of the main races but connections of the four-year-old have opted for the Irish Lincolnshire over the Lodge Park Stud Express Stakes.
“Ahandfulofsummers seems in good order,” Stack reported. “She’ll get the trip well and she won’t mind the bit of ease in the ground.
“She had an entry in the Group 3, the Lodge Park Stud Park Express Stakes but that looks a hot race for where she is in her development.
“I’m hoping she has progressed from last year, and it was great to finish off the season winning her maiden in Tipperary after running well in a lot of races. Saturday will tell us more but she seems in good shape.”
Speaking earlier in the week, Kate Harrington, assistant trainer to her mother Jessica, was looking forward to seeing the four-year-old Laelaps contest the Irish Lincolnshire.
"Laelaps is a bit of a soft-ground horse but has done very well over the winter and is an awful lot more relaxed now compared to last year. He’s been gelded since last year and we’re very happy with his work," she said.
Chris Hayes and Dermot Weld will be hoping to get their season off to a good start with success for Tazaral in the Irish Lincolnshire or Emile Gray in the Lodge Park Stud Irish EBF Park Express Stakes.
Emilie Gray faces six rivals in the Group 3 contest in which Aidan O’Brien starts off Group 1 winner Mother Earth.
Willie McCreery trains just one mile away from the famous one mile start at The Curragh and his Group 2 winner Insinuendo will begin campaign here.
“Insinuendo is in good form,” McCreery said. “We’ll run her and see how she gets on but she is doing well at home.
“She did well last season, winning at Group 3 level in Naas and then the Group 2 Blue Wind Stakes at The Curragh. She finished the year running well in the Blandford Stakes. The ground will be fine, we’re happy with how she is and this is a good place to start for the year. It’s great to get the season going again.”
A field of 10 will go to post for the opening Alkumait Standing At Castlefield Stud With A €100,000 Bonus Irish EBF Maiden with Finsceal Go Deo, a daughter of Finsceal Beo, a notable runner in the first two-year-old maiden of the year.
Castlefield Stud will reward the winning breeder of the opening race with a free nomination to their first-season sire Alkumait.
The Curragh welcome Barberstown Castle as sponsors on the day and courtesy of The Curragh’s ongoing partnership with Cavalor Equine Nutrition, all winning horses will receive an equine wellness hamper, while, Moyglare Stud will continue to sponsor the stable staff canteen, ensuring that the staff who care for the horses and are working on the day can enjoy a complimentary meal.
Included in the entertainment will be a variety of parade ring chats with leading trainers and jockeys as they look forward to the season, together with a number of very special guests.
The Curragh Future Champion Kids Club will be open from 11.30am to 5pm and has a range of entertainment for the opening meeting of the Irish flat season, including a designated arts & crafts area, which will be located in the Champions’ Hall. Each child will get to take home a free gift. There will be free raceday kids packs available at the Information booth for every child attending. Roving entertainers will mingle among spectators throughout the day. The Curragh also features a free playground.

On Sunday action turns to Naas the Plusvital Devoy Stakes is the highlight along with the ultra-competitive Madrid Handicap for three-year-olds.
Fresh from his Cheltenham Festival success last week, trainer Joseph O’Brien expects to be busy on the opening weekend of the Flat season with 14 entries across both cards.
“It was great to have a winner at Cheltenham," said O'Brien. "It’s a tough place to compete so to come away with a winner was brilliant but you always seem to be moving onto the next thing in racing.
“So we’re looking forward to getting the Irish Flat season going at The Curragh and Naas. All the dreams are alive and well at this time of the year and hopefully we’ll get off to a nice start.