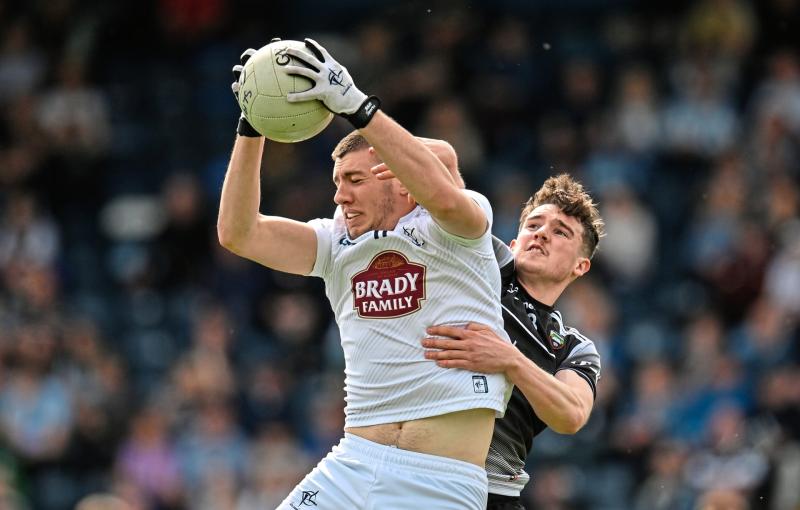 Kildare supporters will have a busy weekend next weekend after Brian Flanagan’s U20s came through a defensive battle with Sligo at Kingspan Breffni Park this evening, restricting their opponents to just 0-7 in total, and an incredible two points from within 40 metres of Cormac Barker’s goal.

Discipline, strength in the tackle and really good control of the central channels were the key weapons for the Lilywhites, who will now play either Kerry or Tyrone in an All-Ireland final next weekend.

Sligo, who won their first ever provincial title at this level in last month’s provincial final against Mayo, looked as if the pressure of the occasion weighed on their shoulders in the early stages. The first quarter was quite one-sided as the newly-crowned Leinster champions settled into the tie very well, even though errant shooting ensured that they didn’t quite make their dominance tell on the scoreboard to the extent that they should have.

The quality of chances created at the town end of the field was vastly superior to the long range, under pressure shots that Sligo forwards tried to complete, and while Kildare’s shot execution will be an area of real concern over the upcoming week, they took on a very impressive defensive unit and did enough to ensure that at no stage was their lead reduced to any less than two points. 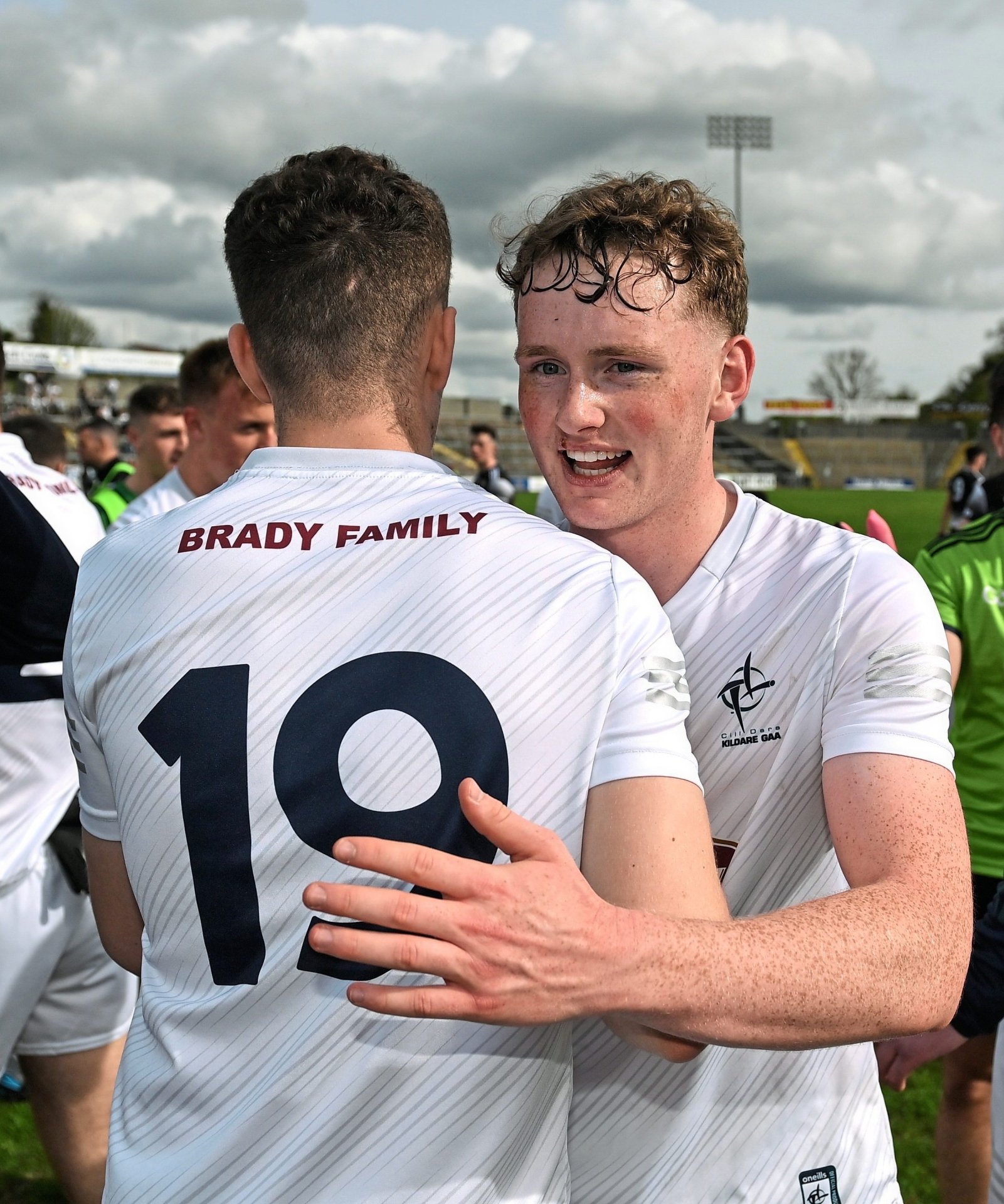 James McGrath, right, and Tom Martin of Kildare after their side's victory in the EirGrid GAA Football All-Ireland U20 Championship Semi-Final match between Sligo and Kildare at Kingspan Breffni in Cavan. Picture: Seb Daly/Sportsfile

The first four points of the game all went Kildare’s way, including accurate strikes from wide positions from Browne and Adam Fanning that were a sharp contrast to the litany of wides and underhit shots that kept Sligo in the game.

It took a wonderful long-range punt from Oisín Flynn to get Sligo off the mark in the 17th minute, but when Lee Duignan followed up with a free from the 45 metre line, it felt as if the westerners had weathered the early storm without sustaining too much damage.

Kildare’s dominance of the kickout battle continued to limit Sligo’s ability to exert sustained pressure on the opposition defence however, and while a string of missed chances left Sligo in the game, three points in three minutes just before half time, two from Browne and another from Niall O’Regan, left it 0-8 to 0-3 at the interval, which was a much more accurate reflection of the general flow of the play.

Sligo’s sense of urgency was clear to see immediately after half-time when their first couple of attacks saw them pass up simply point-scoring opportunities in a bid to try and test Kildare goalkeeper Cormac Barker, all to no avail.

Gavin Duffy did strike the first point of the second half in the 36th minute, but Kildare replied immediately with a point from Niall O’Regan, the Celbridge player covering 50 metres unchallenged before he popped the ball over the bar from close range.

Between the 40th and the 51st minute, Sligo enjoyed their best spell in the game, setting up a really tense finish. Midfielder Joseph Keaney led by example, firing over his second point to crown an all-action performance, and  successive scores from Canice Mulligan and Eoghan Smith really raised the temperature in the stadium when they added points to cut the gap to just two.

For the last ten minutes of play however, Kildare’s defence held firm, repelling Sligo’s running attacks and their attempts to work something through high balls into the square with equal aplomb.

It fell to the unlikely figure of Cormac Barker to finally get their attacking play back firing again as the goalkeeper drove forward to set up a 40 metre free that Tommy Gill drilled between the sticks. Aaron Browne added the next to leave Sligo needing at least two scores to draw level, and while the Yeats County threw everything they had at it, hoping for another miracle win along the same lines as they enjoyed against Mayo, this time they couldn’t find a way through the Kildare defence.

It fell to Dean O’Donoghue to drive forward and pick off the last score of the game, crowning a man of the match display for the Celbridge player, and confirming a return to the All-Ireland final for the first time since 2018.

For a full report, reaction and analysis from this game, as well as a preview of next weekend’s final, see this week’s Leinster Leader.