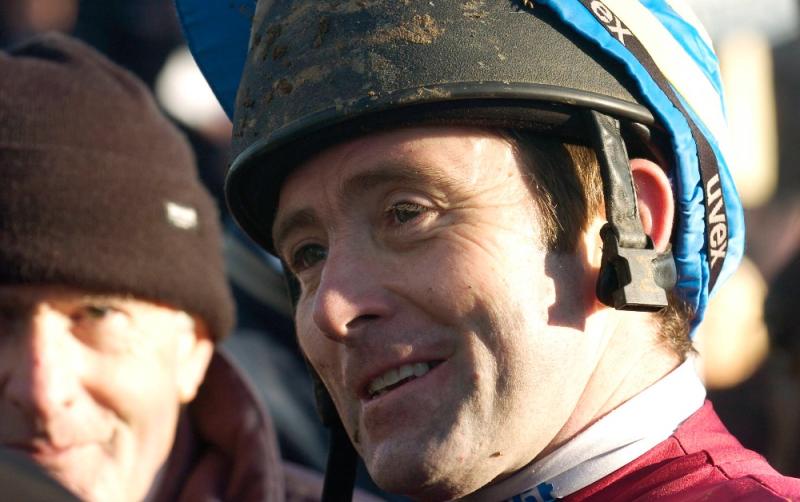 It was a dream day for Curragh trainer Conor O'Dwyer as he had a 300/1 winner in the opening race in Punchestown on Tuesday with Sawbuck.

“It was the biggest shock of them all to me. We always thought he was a nice horse, his previous runs were sort of backwards and he just kinda came to hand. We thought we had a nice handicapper but what he showed Tuesday was even better than that,” O’Dwyer said.

“Not only did he win but he won very well, he didn't fall in. He was going away at the line, it was a proper performance.”

The rank outsider was also ridden by his son Charlie O’Dwyer and won comfortably in the end pulling four lengths clear of second favourite Ballybawn Belter and favourite Vocito in third.

O’Dwyer said of his son Charlie, “He has turned into a lovely rider and he is so well worth his seven-pound claim. Working with him makes it all so much more worthwhile.”

The Kildare trainer was not at the racetrack for the shock win but instead had traded Punchestown for the southern Spanish city of Marbella. No better place for some celebrations, albeit unexpected ones.

“I watched it live on the phone and couldn't believe what I was watching. The home stretch I thought well he’ll be in the first five anyways. From three out I still wasn't thinking about a win,” O’Dwyer explained.

“Then when the camera went to the side view and Charlie was still on him and going well I thought ‘oh my god what is happening here’. When he missed the last I thought JP (McManus) was going to get us but he picked up again and was going away at the line.”

The four-year-old had never won a race before but 28 punters backed him to do so on Tuesday in figures released by William Hill and dont we all wish we were one of them.

O’Dwyer concluded, “It's such a hard game as a trainer these days and to come across a nice horse like that is what would get you up every morning and keep you going. Any winner is good, they are hard won, but a four-year old that there is still more improvement in gives myself and the yard a great boost.”