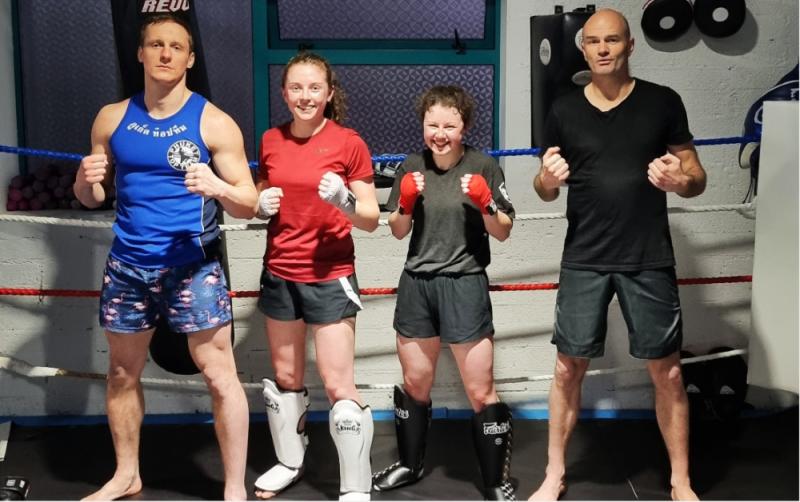 Naas Kickboxing club is a small community with a lot of character. The gym was started in humble beginnings by Dawid Blaszke. Dawid, in his own words, came to Ireland from Poland in search of a better life for himself. Working Monday to Friday back home and studying on the weekends, he didn’t see a future for himself in what he was studying.

“I moved to Ireland and for the first year I didn’t train. But I felt there was something missing from my life. I wanted to do something more and I got back into training,” Dawid said.

Dawid had missed kickboxing but little did he know his return to training on Irish soil would be the genesis of his thriving business today.

“When people saw me train and hit the bag, they were asking to train with me for classes and lessons. So from nothing and training alone I had 10 people at the gym around me and I was training. I started training every day and the group was growing and new people seemed to come every week. I decided to go in that direction further,” Dawid said.

Dawid is a four-time Irish K-1 kickboxing champion and the first competitor based in Ireland to compete in the prestigious Glory kickboxing promotion. For the uninitiated, Glory is the equivalent of what the UFC is to MMA — the biggest show in town.
He now runs Naas Kickboxing from an excellent facility and a far cry from the accessibility to high-level training and equipment that he started with at 15 in Poland.

“I was young but so much older than the kids I train now. But back then in Poland kickboxing wasn’t popular but the country was very rough. We were all just doing it to be able to defend ourselves,” Dawid recalled.

“The training was rough and there was no real equipment compared to nowadays, the kids now have lovely places to train and new boxing bags, it’s great. Back then we were training on a wooden floor with no mats.”

Naas Kickboxing was born from Dawid’s own training and now he trains a great group of young fighters who are hungry to elevate themselves. But it’s not just the future of kickboxing being trained in Naas, there are classes from beginners and all levels of ability for general kickboxing and high-level fitness classes.

The oldest member of the gym is a local man who is 76 years old and who has been training with Dawid for the last 10 years.
“It’s not every day you see someone 76 doing the splits and skipping,” Dawid chuckled.

If ever there was ever evidence that trying something new can change your life that is demonstrated in spades when speaking to Naas Kickboxing member of three years, Megan Donovan.

“When I finished college I was all good, I had a job lined up, ready to go, but I felt a little bit directionless and felt a loss of structure. I saw an advertisement on Facebook and said ‘right I’ll try this’ and from the moment I started I loved it and just kept going back. Now I’m helping out in teaching the women’s classes and the kids’ classes and that’s what my life is these days,” Megan explained.

“I wasn’t even into boxing or kickboxing as a fan, I just joined on a whim. Now it’s taken over my life, I love it now and I’m fighting. So many people realise that about themselves in the gym and we are growing all the time and we are doing classes in Portlaoise now too.”

There is naturally a large jump between training for fitness and fighting but the option is always there. This writer can add, from personal experience that trying a new sport, in particular a combat sport, can be an amazing thing, regardless of experience.

Megan added that it was never her plan to compete when she joined. “I think I wanted to challenge myself. I didn’t go into this wanting to fight and I didnt believe I would ever be good enough to fight. It was my coaches that saw the work I was putting in and my coach (Dawid) was asking me every now and then if I would be interested in it. That really helped me improve my confidence and that made me want to push myself and decide I want to do it.

“It has gone really well, I have a win, a loss and a draw and plans for many more. Something I would never have thought I would enjoy but I really do.”

Speaking to both Dawid and Megan, one word keeps cropping up in regards to the gym ‘atmosphere’. Which is a key aspect in any gym but in particular for something involving a martial art because for new members any form of combat training can be daunting.

Megan’s story is not the only one of someone who fell into fighting through Dawid’s training. The head coach spoke about relatively new member Eva Howell who has won all three of her first fights.

“This girl was training with me for only nine months. She signed up because she felt like I did when I didn’t train, something is missing and I want to change something. She didn’t want to just work, go home and watch TV. She signed up for classes and she never thought she would end up fighting and a couple of months later she had three amateur fights and the last one was in Scotland on a big show,” Dawid said. 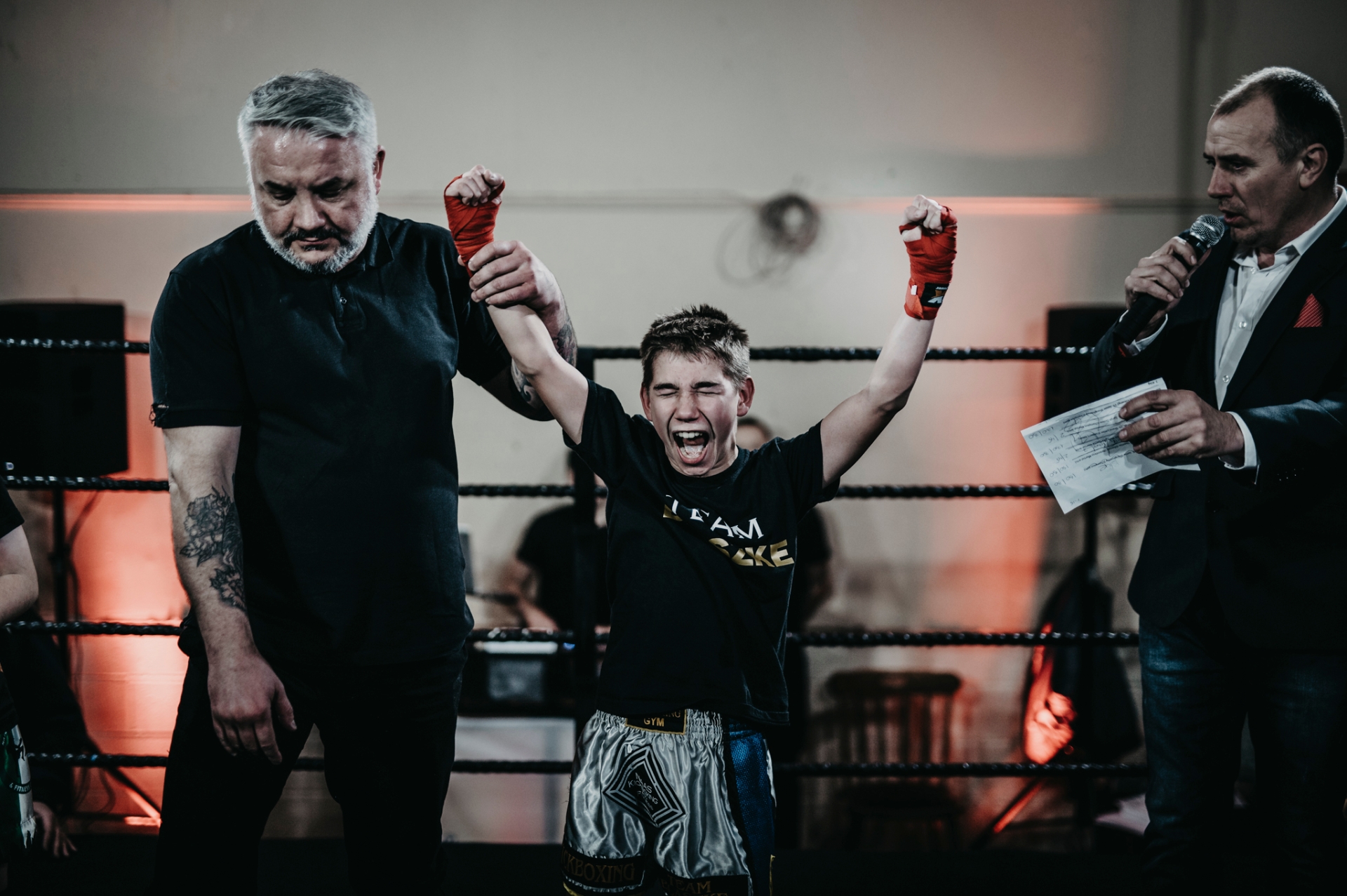 Naas Kickboxing's Raul Muresan after his win at Fighting Spirit

The next fighter on a big event for Naas Kickboxing is 14-year-old Raul Muresan. He has been with Dawid for the past five years and is now fighting for the equivalent of a European title in the form of an ISKA five nations title fight in Barnsley, England on June 18. Dawid has taken Raul under his wing in recent years and has been one of many success stories to come from his gym. The gym now boasts eight wins from 11 fights in 2022 in events across Ireland and Europe.