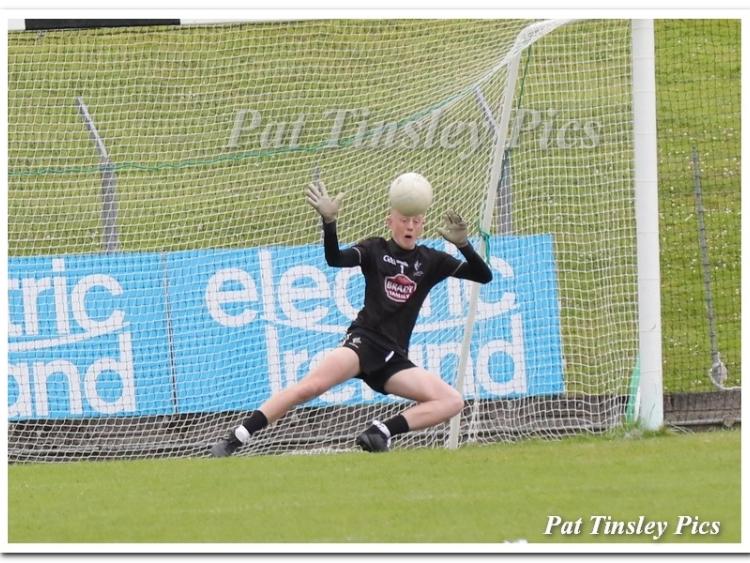 For the second year running a Clane man between the sticks put in a stirring Leinster Minor Championship campaign but unlike John Ball in 2018, Cian Burke came home with a winner’s medal.

When you add in that Mark Doyle is the keeper and captain of the Kildare under 20 Hurling Squad and Paddy McKenna was last year’s Christy Ring Cup player of the year its amazing for one club to have that much depth in the one position over both codes.

Burke has been brilliant this term for Kildare and while understandably happy he also described the work the team put in to get to this stage.

“It’s an unbelievable feeling, who would have thought at the start of the year when we were in the Curragh on the 29th of December that we would be here”.

“We just worked so hard and we didn’t see a football for nearly a month and a half or something like that and we just put the hard yards in and Mark Fitzharris always told us if we put the work in there was a Leinster Championship for us and that every other team was beatable and we took it one game at a time”.

“Even now we will go in and sit down and reassess the situation and hopefully go on and beat Galway in the next round”.

“At full time we were saying that we had the fitness on them and that their heads were dropping as we knocked on the scores. We kept on motoring forward and we knew things would work out and thankfully it did”.

The Kildare stopper doesn’t turn 17 till next week and he had a huge role in the result with a big penalty save in extra-time as well as a couple of other interceptions.

He also acknowledged John Ball who won an all star in his position last year and the youngster could well be on the road to repeating those heroics.

“I took a gamble on the penalty really and I saved it but it is all about practice and I’ve been working hard on it in the last few weeks and months and it all paid off there today”.

“I’m not trying to get too confident but I was happy enough with my performance”.

“I’m good friends with John Ball and he is a good lad”.

“I was with him during the week and he was telling me to keep the head and thankfully everything worked out so I’m delighted really”, he said.

Attention will soon turn to Galway in the quarter-final where Burke will come face to face with his former clubmate Tomo Culhane who is the Tribesmen captain but the goalkeeper is quickly building a portfolio of work which all started when he won a County Minor Title in 2017 when he was only 15.

“Galway will be on our mind for the next three weeks and we are looking to beat them and there is nothing this side cant do and we are a brilliant team with great work ethic”.

“I was looking at the crowd when I went out and I don’t think it was as big as it was for that Minor County Final in 2017 but that did help and I just said to myself to keep the head and not to look into them things and take one game at a time”.