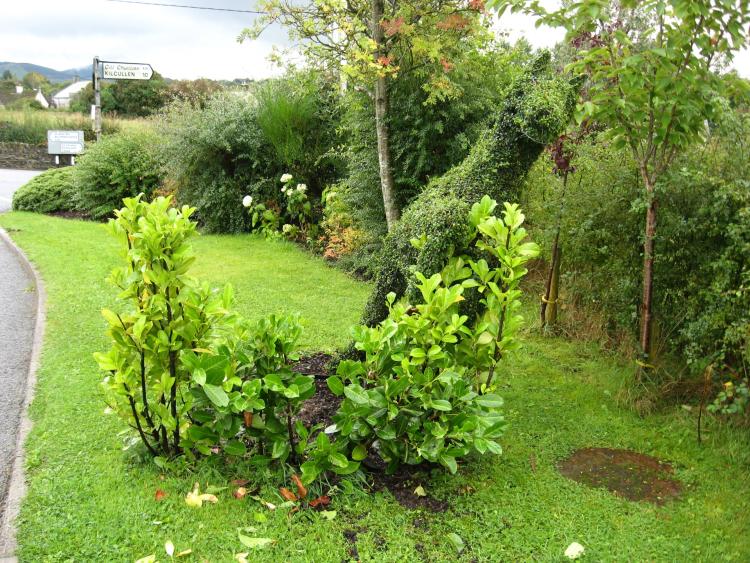 Ballymare, a feature topiary horse installed in Ballymore Eustace earlier this year, before the village competed in the Best Kept Towns competition, appears to have taken a known on Saturday night/Sunday morning.

Tyre tracks evidenced near the feature on the Ballymore to Naas Road would indicate a vehicle left the road and hit the feature which is maintained by Ballymore Eustace Tidy Towns. 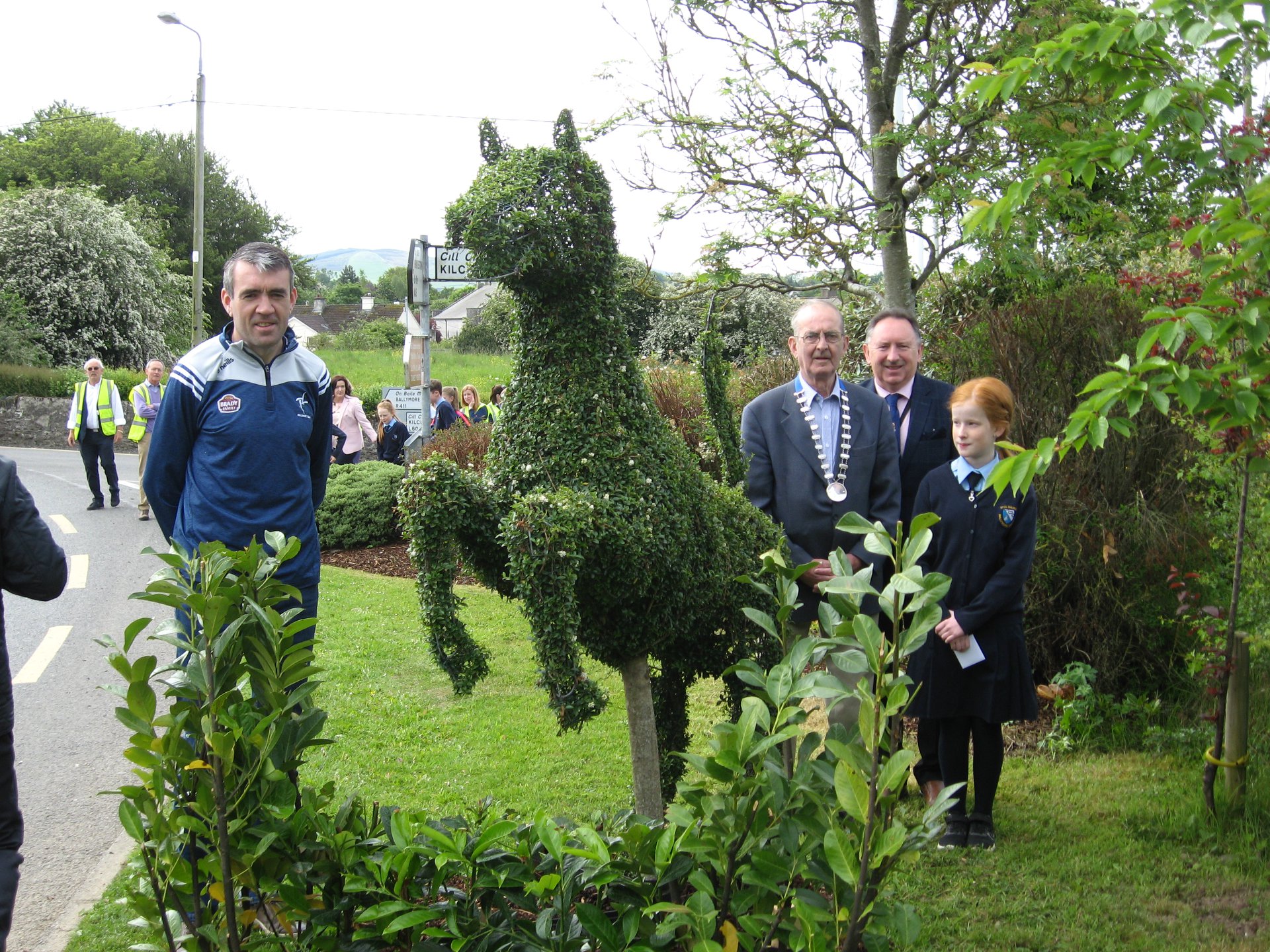 "What a shame. Lucky no pedestrian was walking there at the time." said a spokesperson for the Tidy Towns.

The laurel 'fence' was similarly damaged but hopefully, the feature can be realigned.