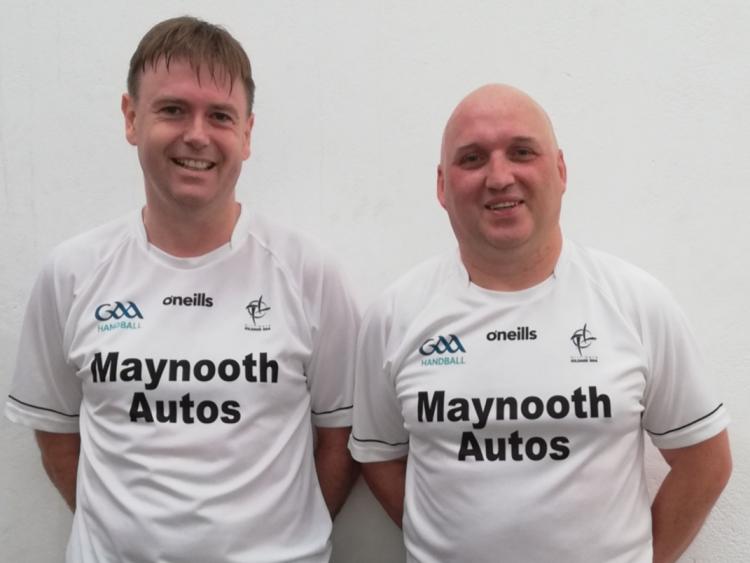 PJ McGrath and Gavin Grace got the ball rolling up in Virginia, Co Cavan when they represented Kildare against a Mayo pairing of Seamus Grier and John Cunningham (above).

A 12 noon showdown against Grier and Cunningham for the All-Ireland Silver Masters B doubles title was eagerly anticipated with the Ballymore duo the bookies' favourites.

These Ballymore duo were on the Intermediate B championship winning team in 1994, soon to celebrate their 25th anniversary of completing the championship A and B double on the same weekend.

The competitive fires still burn strong as McGrath and Grace played flawlessly and gave the Mayo men no chance.

A combination of superb serving, excellent passing shots and an almost telepathic understanding between the two Kildare men meant there was only going to be one outcome, the title came back to Ballymore on a 21-3 21-4 scoreline.

The day was topped off later that evening when the handballers joined the Junior team back in Ballymore, having won the  county title earlier in Newbridge.