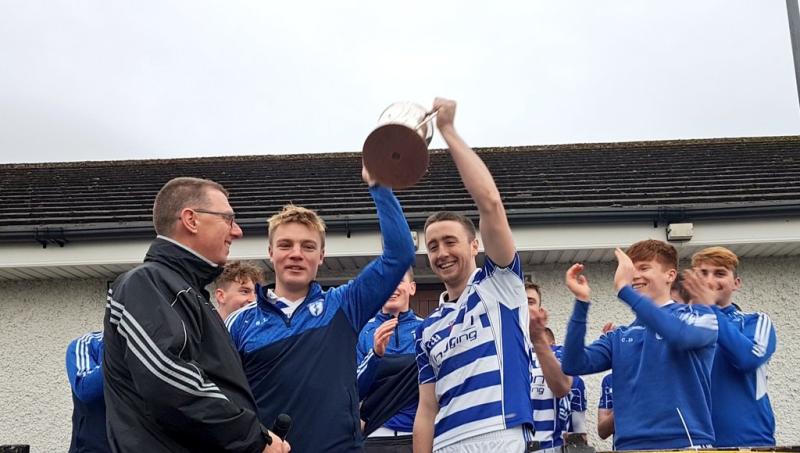 If any of the other titles were contestable, the U21 Hurling Final was also going to be a coronation rather than a contest. As their Senior team is still in their Leinster competition, and training, no team in the county could have stopped Naas’s four in a row and Drive for Five.

Cruising through the game with their smattering of Senior players playing to the fore, Naas dominated this final from the first minute and then slowly substituted their key players as the game wound down.

Despite Liam Dempsey opening Éire Óg Corra Choill’s account in the tenth-minute with a free, only scoring a further ’65 by half-time meant that the game was competitively over by that stage.

Brian Tobin scored a 13th minute goal, following the trajectory of a Blackburne shot, but with Blackburne and Ronan McGrath receiving red cards for an off the ball incident, the space only helped Naas.

But just as Éire Óg Corra Choill found some momentum, the reshuffle in space and positioning saw Naas corner-back Niall Murphy in an advanced role.

Understandably, Naas grew disillusioned with the game, and Éire Óg Corra Choill found some more space and time on the ball. Keeping an eye on their Senior game against Tullaroan this Saturday Naas whipped off many of their Senior players.

As substitute Daragh O’Shaughnessy, Kielty and Dempsey thankfully concluded a cold and difficult game to watch with rallying points, Naas effortlessly and almost pointlessly claimed their fifth Hurling Championship of 2019.