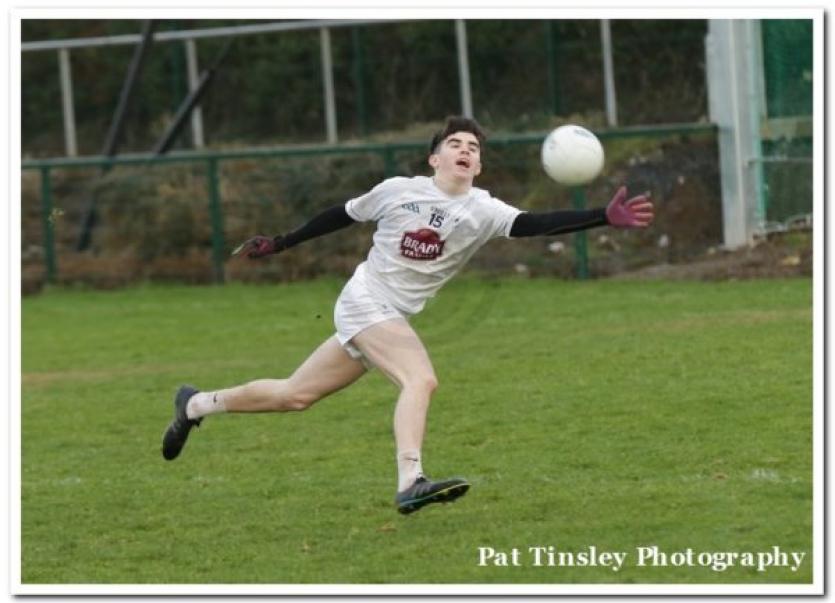 Jack O’Connor’s reign as Kildare manager got off to a losing start after Longford go the better of the home side in the O’Byrne Cup at St.Conleths Park.

Kildare fielded nine debutants in total and that unfamiliarity told as Longford looked the better side throughout.

A misplaced free kick from Mark Donnellan allowed Longford to find the net in the first half with Joseph Hagan on target and it was an advantage the Midlanders held on to until Daniel Mimnagh kicked in a second effort late on.

On the Kildare side the likes of Padraig Nash and Jack Robinson looked promising for periods but it was only brief and the Lillywhites will now look ahead to a meeting with Davy Burke’s Wicklow next weekend.

Prior to throw in there was two changes for Kildare with Daniel Flynn sitting out on his return after suffering a hamstring injury in training while Mark Donnellan deputised for Aaron O’Neill between the sticks after the Carbury stopper was on duty at the AFL Combine in UCD.

It only took two minutes for Kildare to find the target with Neil Flynn knocking over a free and the sides then went score for score until they were deadlocked at 0-4 apiece by the 15th minute.

As well as Flynn, Jack Robinson and Padraig Nash who came in for Dan Flynn split the posts while Darren Gallagher and Joseph Hagan got two points apiece for Longford.

Neil Flynn with a free in the 17th minute then edged Kildare in front before the crucial point of the entire game arrived when a quick free from Mark Donnellan went straight to Kevin Diffley and the midfielder offloaded for Hagan to find the top corner in style.

Kildare responded with efforts from Flynn and Nash and while Liam Power fisted over he collided with Mickey Quinn which resulted in both players going off injured.

Longford did finish the half on top as after four minutes of stoppage time were played Hagan, Gallagher, Rian Brady with a mark and Daniel Mimnagh all scored to give Longford a 1-8 to 0-8 cushion at the break.

Kildare brought in Davy O’Neill and Chris Byrne at the interval for their first appearances in a white jersey and the lead was quickly reduced when Flynn knocked over his fifth free of the game.

Longford responded with three of the next four scores in the shape of the strong midfield pairing of Gallagher and Kevin Diffley.

Kildare then went on a similar run with the experienced Tommy Moolick and Paddy Brophy pointing after emerging from the bench and when Robinson and Darragh Kirwan also scored there was only a point between the sides.

Kildare looked primed to strike but they only scored once more over the final thirteen minutes as Longford recaptured control.

Points from Peter Lynn and Dessie Reynolds were rebounded by a Brophy free before Daniel Mimnagh put the game beyond doubt at the beginning of stoppage time with a goal on the break.

Rian Brady then added on an insurance score and while Chris Byrne rattled the crossbar late on the opportunity came too late in the day for Kildare as Longford ran out deserving winners.