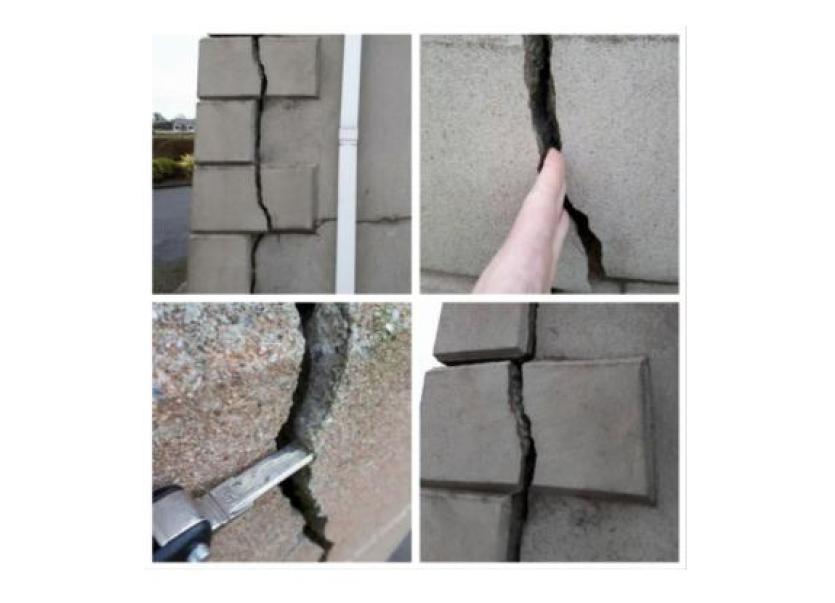 Cabinet has received an update on the Defective Concrete Blocks Grant Scheme, commonly known as the Mica Redress Scheme, from Minister for Housing, Local Government and Heritage, Darragh O’Brien.

The mica scandal is affecting homes and other buildings across Counties Donegal and Mayo.

Minister O’Brien, who has met with public representatives, action groups and local authorities on the matter in recent weeks, said "the devastation and stress of affected homeowners was not being underestimated or ignored by Government".

The Defective Concrete Blocks Grants Scheme opened for applications at the end of June 2020 and is administered by Donegal and Mayo County Councils.

433 applications have been received by the two local authorities to date with five remedial options available to homeowners ranging from external wall replacement (€49,500) to full demolition and rebuild (€247,500).

The Department of Housing said: "Limits are a feature of grant schemes and ensure that the schemes can be budgeted for with the potential financial liability known at all times and also to ensure that the available budget can benefit the majority of properties and the maximum number of people."

Minister O’Brien added: “Since the introduction of this scheme last summer over 400 homeowners have applied and their applications are progressing. Where there are issues arising, both my Department and I are continuing to liaise with officials, local authorities and local action groups on how they may be overcome.

“I visited County Donegal last August to officially open the scheme and acknowledged that overcoming this issue is a major challenge. I met with the MICA action group in early February 2021 and requested further information from them in relation to their concerns with the scheme. My Department and I have been working through their document which we received five weeks ago and we are liaising with other Departments and agencies to figure out how best to address some of the concerns raised.

“The existing scheme was informed by the work of an Expert Panel and finalised in consultation with the Office of the Attorney General and the Department of Public Expenditure and Reform. As such, any changes to the scheme would require a whole of Government approach,” he concluded.