"I'm afraid that this will eventually kill me": Newbridge woman alleges that council home is infested with mould 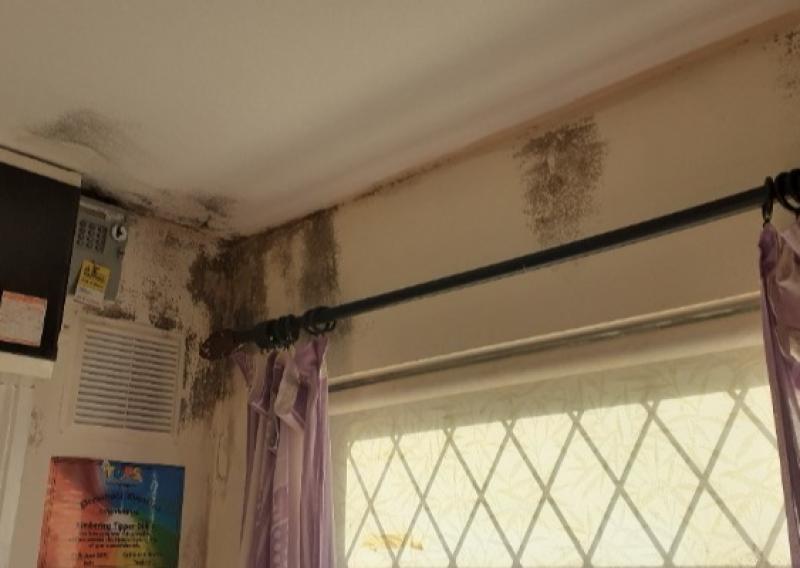 A woman living in Newbridge has alleged that a home provided for her family from Kildare County Council (KCC) is infested with a dangerous amount of mould.

Amanda Dillon has told The Leinster Leader that her family are struggling to live in their allegedly mouldy three-bedroom bungalow home at Ailesbury Park.

Ms Dillon explained that she and her family first moved into the home four years ago, but the home had not been inspected by KCC beforehand.

She also said that rainy days and the Beast from the East back in 2018 further exacerbated the spread of the mould.

"The mould started from one of the bedrooms down the back, but it has since spread throughout the house."

She added: "Clothes, toys, bedsheets and even a computer have all been ruined by the mould."

Time scale of development expected to last for some 18 months

"We have gone through four beds so far."

Ms Dillon elaborated that KCC told her family to apply for a grant for repairs, which they were successful in doing.

However, the work outlined in the grant, which was meant to commence in November of 2019, has not yet taken place.

She described how at one stage, the smell was so bad in the bedrooms, and the floors were so wet that they all had to sleep in the sitting room for a period of time.

Speaking on Ms Dillon's plight, Patricia Ryan said: “I have been in touch with the resident and have made a representation to KCC on her behalf. This property is not fit for habitation and it is entirely unsuitable for a family to live in.”

“KCC have a duty of care to their tenants, and this property falls far below the minimum standard of rental accommodation.”

“I would hope that KCC will respond to my representation and repair this home so that the family may live there in comfort,” she added.

KCC was also contacted by The Leinster Leader for comment but did not respond.

Ms Dillon said that she considers herself to be a private person, but is frustrated at the lack of attention from the council and is now taking public action, with her main reasoning being for her family's health.

"I have Marfan Syndrome, which the council knew would make me a high risk for the home before they gave it to us" she explained.

Marfan syndrome is a disorder of the body's connective tissues, a group of tissues that maintain the structure of the body and support internal organs and other tissues.

"My youngest daughter, who is only eight, was recently diagnosed with asthma; and I think her condition was brought on by the house," she added.

Ms Dillon also said that she has recently been diagnosed with Sjögren's syndrome, which is a disorder of the immune system identified by having dry eyes and a dry mouth; which she also believes may have developed as a result of living in her home.

"I'm afraid that this will eventually kill me... I need to bring attention to this issue for my health and also for the health of my family."

She added: "All three of my children are sharing a room at the moment. One of them is on the Autism Spectrum; everything is upheaval for him and he is suffering sensory overloads as a result of this."

"Recently he asked me, 'Mammy, when will I get my own room back?'"

As for the surrounding houses, Ms Dillon admits that she is perplexed at the fact that when her neighbours had issues with their homes, KCC tended to them, but when it comes to her home, no action seems to be taking place.

"First it was November 2019, then August, now it's going to be January next year... We must have been told that 'works will take place in your house in two weeks' at least a hundred times," she explained.

She claimed that it is even having an impact on the family's social lives: "We don't invite guests and my children don't have playdates here because we are embarrassed at our house."

Update: Martin Heydon has since responded and informed The Leinster Leader that he is "unfamiliar" with Amanda Dillon. In addition, KCC has told The Leader that it "cannot comment on individual incidents or complaints."