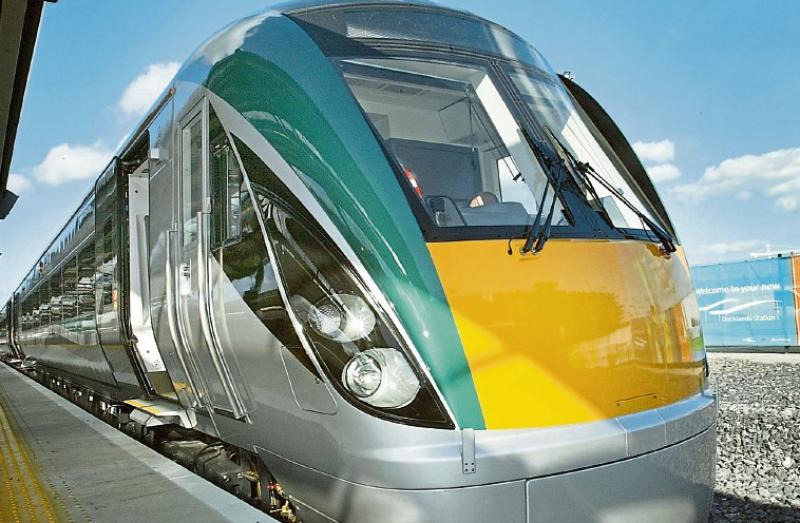 The failure of government to commit to investment in rail fare costs will only increase the growing queues each morning on the N7, according to one Kildare Senator.

Labour Senator Mark Wall made the comments in the Seanad following the receipt of parliamentary questions and replies to his colleague Deputy Duncan Smith TD, on the possible extension of the short hop zone to the railway stations of South Kildare.

Senator Wall said: "There is a complete lack of Government will to address the huge price difference between stations located in Sallins and Newbridge in county Kildare, for example."

"Anything up to 4 times the daily cost of a ticket; in his reply to my colleague the Minister for Transport (Green Party leader Eamon Ryan) says that the 'National Transport Authority (NTA) has responsibility for the regulation of fares charged to passengers in respect of public transport and that he has forwarded the Deputy’s question to the NTA for direct
reply.'"

"Yet in her reply the CEO states that: 'extending the SHZ beyond its current boundaries would have put an unsustainable financial strain on the Authority’s funding for the delivery of the rail service.'"

He continued: "This issue is a very simple one for me: in order to encourage rail commuters to travel from their home railway stations rather than hopping into their cars to travel to Sallins or drive all the way into Dublin for work, then we must reduce the rail fares at these stations.

"Towns like Newbridge have grown because of house prices and availability in the Capital, but the rail prices commuters are
expected to pay are enormous and just don’t make economic sense."

"Government must take this climate challenge serious, there is a welcome development on the Youth travel card, all be it that it is not due to take place until next year."

He added that the govt must invest in reducing train fares for the commuters that were forced to make their homes in the towns and villages of south Kildare.

"This investment will bring about carbon credits as it will then be economical to leave those
cars behind on the commute to work," he concluded.

Last week, Senator Mark Wall made headlines when he criticised student accommodation rates in the Seanad.

The Athy politician claimed that, over the past number of weeks, his office has been "inundated" with stories from students who are paying a large amount of fees in order to commute to college: "This should be good news for them from one perspective in that staying at home gives them the opportunity to save."

"However, the problem is that train stations such Portarlington, Monasterevin, Athy, Kildare town and Newbridge are outside the short hop zone and students cannot use their Leap cards."

He continued: "One student from Monasterevin contacted me to say he is paying €20 in train fares and €7 in bus fares per day to get to college so instead of saving, he is paying more than €100 per week: he might as well be staying in Dublin, if only he could get the accommodation to do so."

Senator Wall additionally claimed that the delay in the first instalment of the SUSI grant is also have "a significant impact" on students who are commuting.