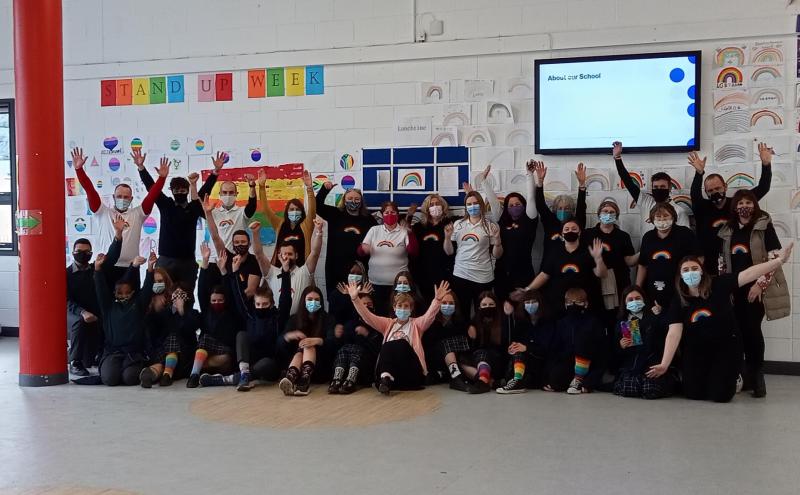 A school in Newbridge recently launched an awareness week to support its LGBTI+ students throughout County Kildare.

Stand Up Awareness Week is an initiative run by the charity BeLong To, and was set up to encourage support for young people in the LGBTI+ community.

BeLonG To is an LGBTI+ youth organisation which caters for young people aged between 14 to 23 years old.

It is a registered charity and is supported by the Irish Department of Education.

Senior students took part in class discussions about gender identities and all students were invited to wear colourful socks to show their support on Friday.

Teachers also got involved by donning rainbow tops throughout the week to show their support.

Commenting on the event, the school said: "The initiative was a great success and St Conleth’s Community College are proud to support our LGBTI+ young people."

Further information about BeLonG To can be found by clicking here.