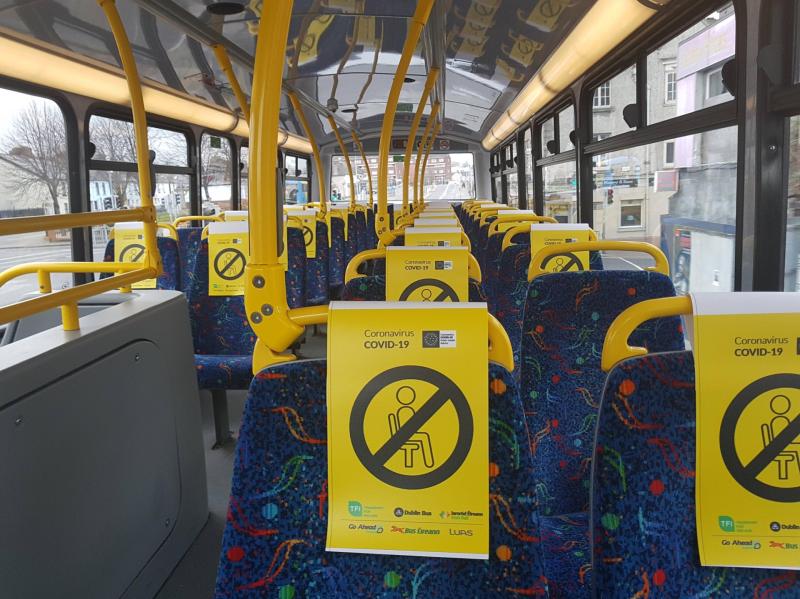 The Services Industrial Professional and Technical Union (SIPTU) is urging the Irish Government to reduce passenger capacity on public transport.

The organisation wrote to the Minister for Transport Eamon Ryan on Wednesday over the issue, citing a surge in COVID-19 cases as it's main motivation behind its call.

SIPTU's transport organiser John Murphy elaborated on the group's view during an interview with Newstalk FM radio station: "We have heard that there was talk about reducing the actual service over the next few weeks."

"We think that would be flawed because that would reduce the vehicles on the road and the vehicles will either be crowded or 100 per cent capacity, or very close to it."

He continued: "If there is a reduction in people travelling to and from work due to the restrictions then the present number of vehicles must be kept on the road so they are not crowded.

"At various times during the lockdown we have had 50 per cent and 75 per cent capacity on public transport.

"It worked at those times: people abided by it."

Mr Murphy added that overcrowded public transport was a fertile breathing ground for infections, and called for "a serious decision" to be made for the winter period.

The transport sector is not the only one that could face restrictions: The Irish Independent has also reported that new Covid restrictions for home visits and hospitality are also being considered by the govt.

The National Public Health Emergency Team (NPHET) will meet today, but it is not expected to recommend significant new restrictions.

Despite this, the group is expected to advise that mask-wearing should increase, especially for people who are attending large or crowded events.