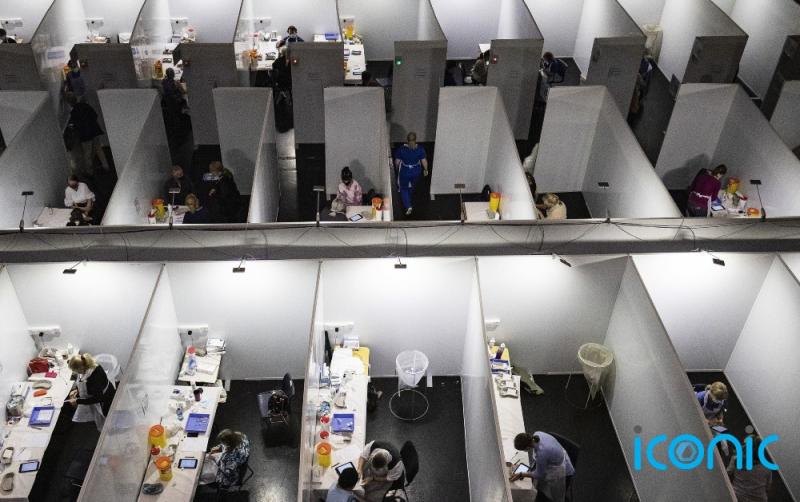 Public health officials are expected to recommend further Covid-19 restrictions this week, according to the Tánaiste.

The National Public Health Emergency team (NPHET) is meeting tomorrow (December 16th) to assess the threat of the Omicron variant.

Leo Varadkar said the recommendations from NPHET are likely to include steps to try to limit the amount of social mixing, close contacts and measures around international travel.

The meeting was described as “routine”, and an opportunity for ministers and officials to meet.

The Tánaiste said he expects the new strain could become dominant in Ireland as soon as next week or before Christmas.

“If it is the case restrictions are required to protect life and public health, then that’s what we will do.”

Cabinet could then meet on Friday to assess the advice from NPHET, which is to focus on the spread of the Omicron variant.

Chief medical officer Dr Tony Holohan said on Tuesday that the new variant now accounts for 14% of cases. It accounted for 1% last week.

The Tánaiste said: “We’re winning the battle against the Delta. We’re doing better than the most optimistic models.

“But there is a new variant in the world and that is likely to cause an additional wave of infection in the next couple of weeks.”

“That has required us to change tack again, which is frustrating, depressing, disappointing but unfortunately necessary as the priority has to be protect public health and make sure our health services are not overwhelmed.”

The Government has been urging the public to get their booster jabs, with plans to expand vaccine services.

To date, 1.3 million doses of booster vaccines have been administered.

The highest number of booster jabs were administered on Tuesday, with 45,000 people inoculated.

Minister for Further and Higher Education Simon Harris said the “key measure” in the coming days and weeks is the booster vaccine.

“On the broader issue of restrictions, I think the people of this country have learned an awful lot over the last few years,” Minister Harris added.

“I think already people know what to do in many ways to keep themselves safe.

“So anecdotally, I see people already altering their own behaviours, already making key decisions about how to keep themselves safe.

“Remember, if you get Covid today, you’re in isolation on your own for Christmas.

“So from today, anyone who picks up Covid is in isolation for Christmas. And that’ll be on everyone’s mind because people don’t want to spend Christmas in isolation.

“So I think while restrictions from time to time are necessary, to guide us and to keep us safe, I think we are moving in to a space of having to live alongside this virus.”