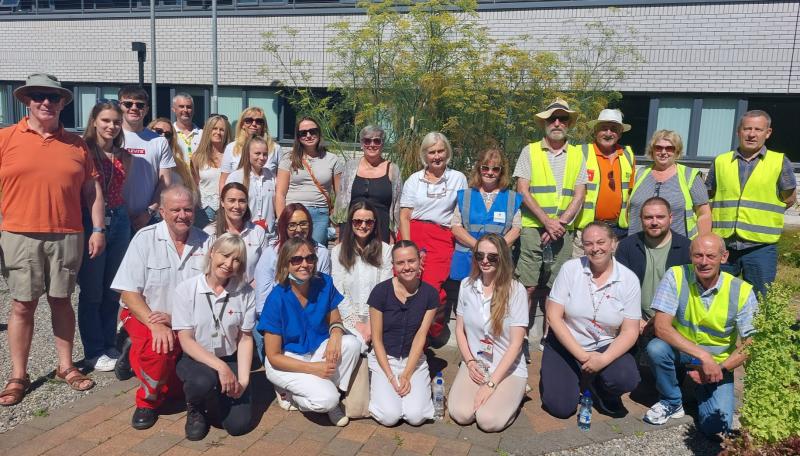 Thousands of Euro worth of Dunnes Stores vouchers have been distributed to over 650 Ukrainian refugees currently residing in temporary accommodation in Maynooth University.

The first distribution day in university, which is run by Irish Red Cross (IRC) volunteers, commenced last week, but another drive took place earlier today between 10am and 12pm.

The vouchers from earlier today were provided by the IRC's Ukraine Appeal funds, which were donated by the Irish people.

Rosemarie Hayden, the IRC Area Director of Units in Kildare, was among those onsite helping refugees with their needs.

Ms Hayden, who has been volunteering for the IRC for the past 32 years (starting at 11 years old), told the Leinster Leader: "It's such a buzz to know that you are helping people in a very real and immediate way here." 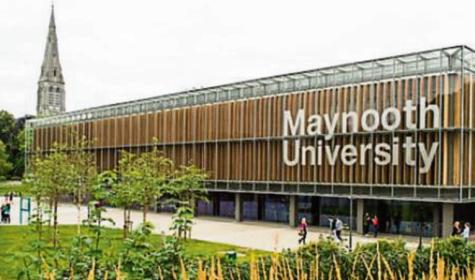 She also said that 841 spaces have yet to be filled at the campus until September 5.

Ms Hayden said that this timeframe has caused a 'huge anxiety' for both the refugees and those who are working with them, and said that 'all options are on the table' regarding arranging new accommodation for the refugees.

"All of us want a longer-term home for all of them," she said: "But as everyone is well aware, there is a housing crisis in Ireland, and it has been percolating onto the surface, and this addition of 44,000 people does add pressure on the (housing) system.

"However, there is great freedom in not having any choice; people need a roof over their head, so we are trying to make sure that the roof is a longer-term home, and that we can give them enough time to be able to get a job, build up their funds and lay down a deposit so that they can rent.

"Six months of staying in someone's home could facilitate that." 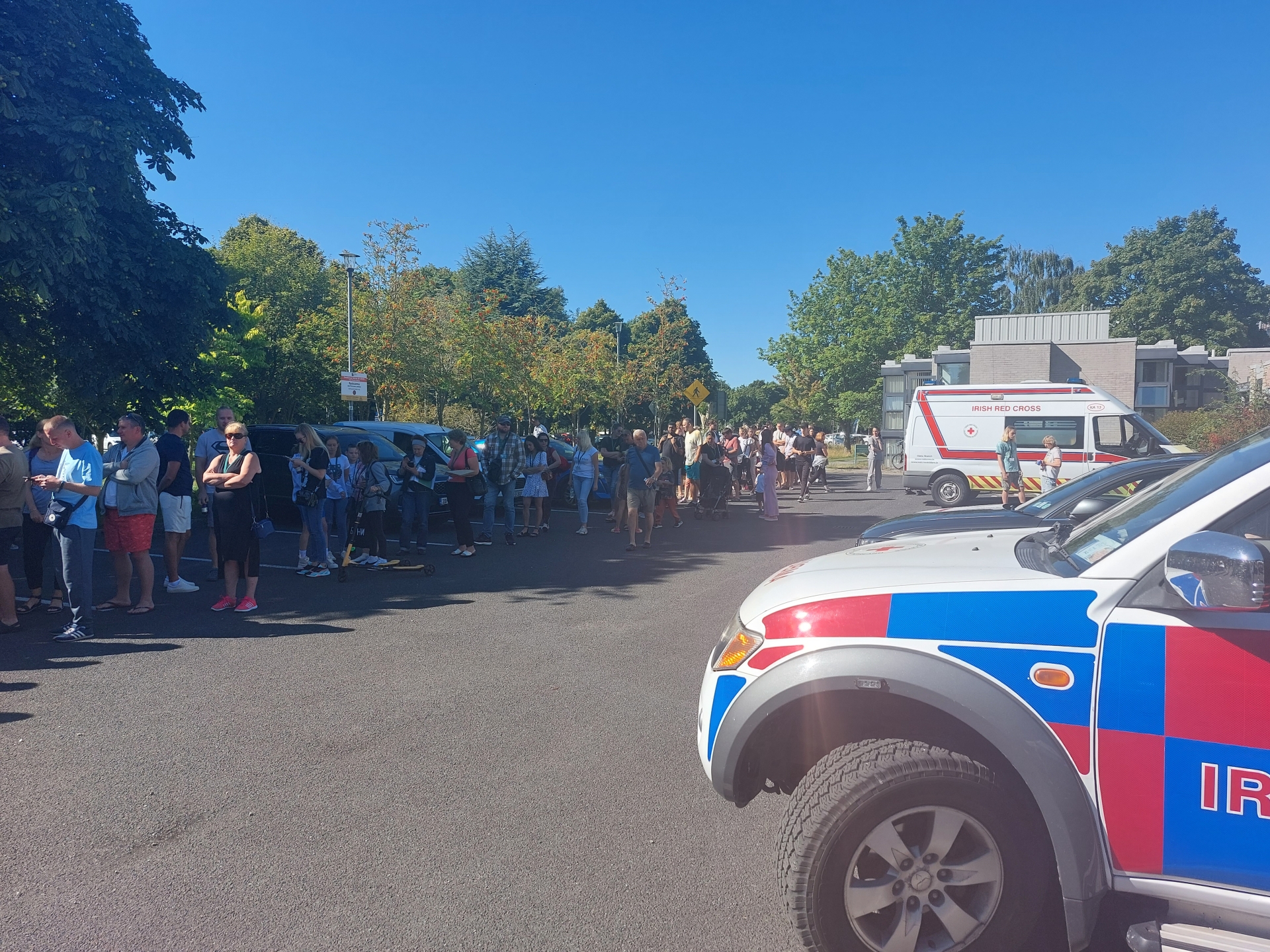 Ms Hayden encouraged anyone with free time or to join the IRC, saying: "My mum, who also volunteered with the Red Cross, once said to me, 'you always get more than you give', and I definitely found that (was the case)... at the end of each day, I feel energised for it."

She further urged anyone who can do so to pledge accommodation for refugees, and to donate things that would make travel convenient for refugees, such as bicycyles.

"The IRC will also have an Information Road Show event in the Glenroyal Hotel tomorrow night," she added.

When asked about the importance of the event, she said: "This drive allows us to take donations from the Irish public and turn them into vouchers and give them back the agency and the dignity to choose what they need.

"We're not just giving aid, we want to ensure that these peoples' own dignity is protected as well", she concluded.

The IRC was assisted on the day by lawyers from the Ukraine Irish Legal Alliance, who provided legal information to refugees. 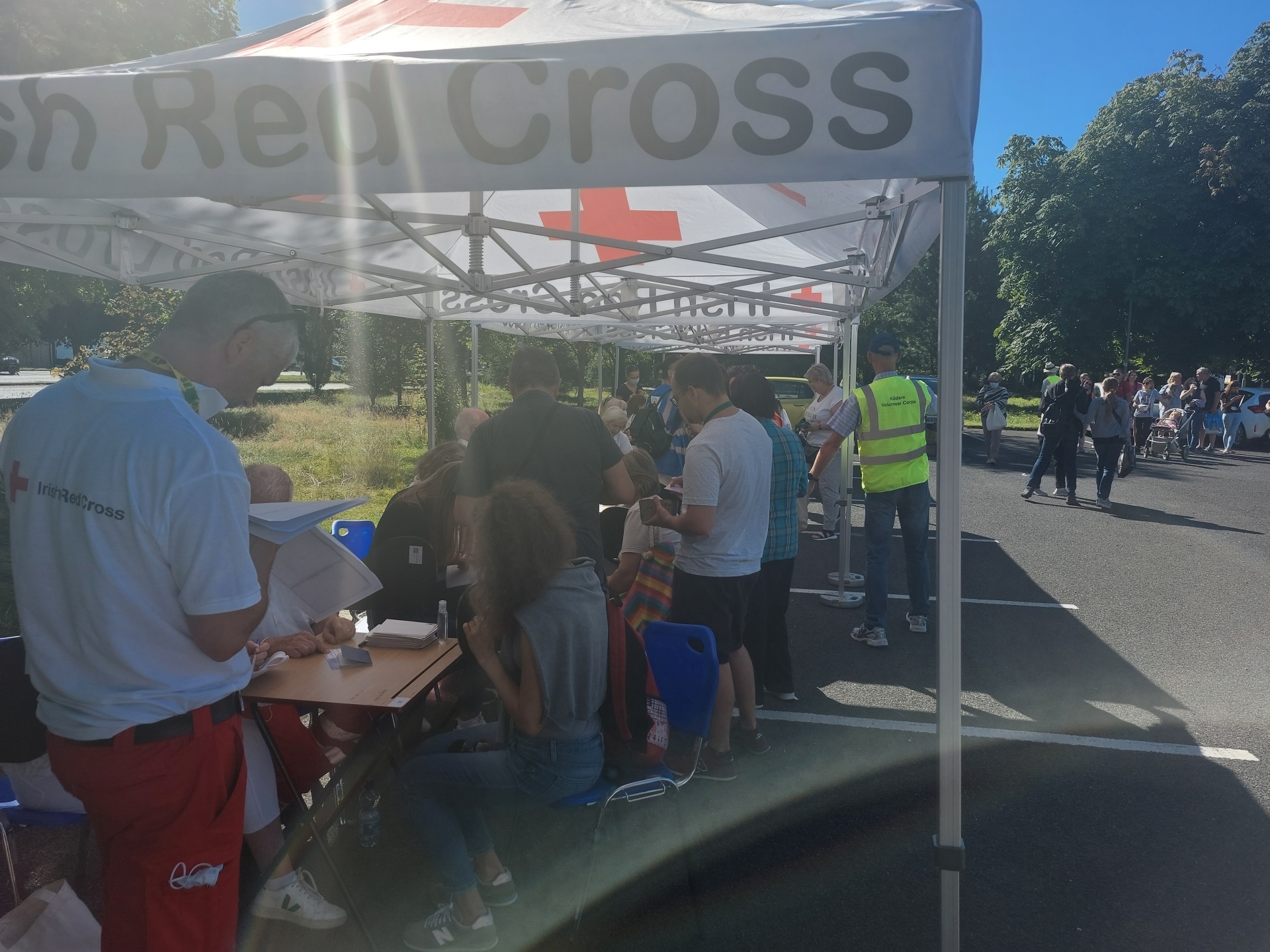 A HSE SafetyNet Medical clinic was also held on the university campus, where a doctor and nurse was available to see people with urgent medical issues.

In addition, toys donated by Lego and Smyths Toys Superstores were also provided for Ukrainian children, and bottles of water were being handed out to all refugees waiting in the heat.

To date, €38 million has been donated by the Irish public and corporates to the IRC since the start of the Ukraine invasion and this goes towards three different areas of spending.

€15.2 million has already gone to help emergency needs, practical and medical supports in Ukraine and its surrounding countries, while a further €3m is being used to support refugees needs in Ireland with over €400,000 of that having been spent so far and this spending is set to accelerate over the coming weeks.

The Ukraine Crisis Appeal by the IRC can be accessed here.