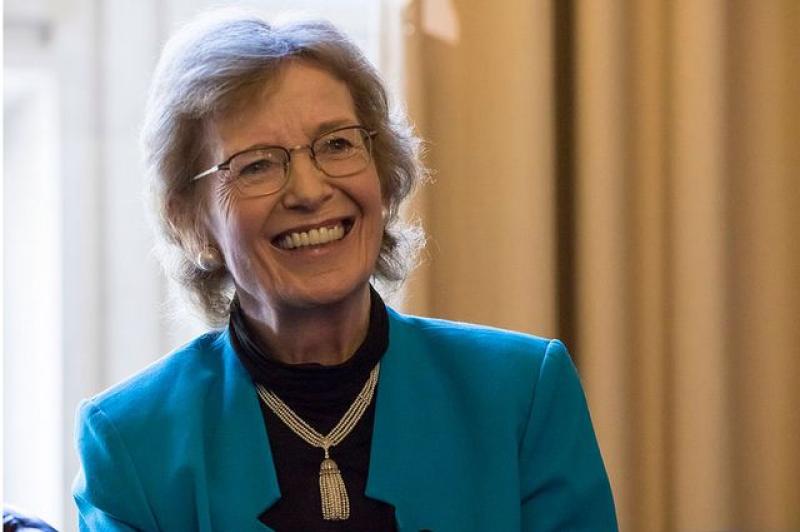 Former president Mary Robinson has hit out at a lack of ambition at COP26 with people facing up to a world in which extreme weather events will be more common.

She said that the lack of ambition means that anyone under the age of 60 is likely to inhabit a world that is less livable in and facing extreme weather events, while anyone under 30 is "sure to live in that world".

She said the prediction of a future climate of 2.4 degrees would mean that people will be facing "terrible fires, terrible floods and millions of people having to leave their homes".

On Saturday, nearly 200 nations reached a deal to combat climate change after two weeks of negotiations in Glasgow.

Speaking on RTÉ's Morning Ireland, Ms Robinson said big emitter countries – US, Australia, China, Mexico and Brazil - did not increase ambition, while there was also a lack of ambition on the financial side.

Former President Mary Robinson on 'a shameful dereliction of duty' at COP26. pic.twitter.com/njKUH2KZwK

She noted that progress was made in a range of areas, including commitment to finance to help poorer countries adapt to the shocks of climate change, a pledge on methane and a push to reduce coal usage.