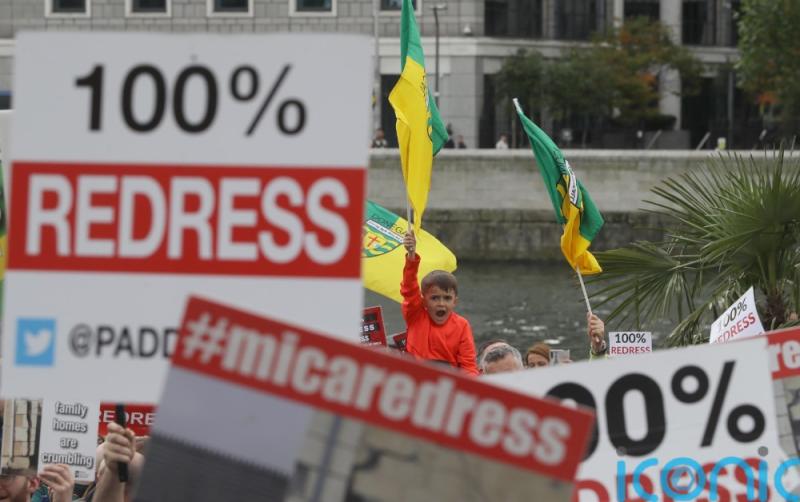 The average homeowner in Donegal will be forced to find 65,000 euros to make up for shortfalls in the Government’s mica redress scheme, it has been claimed.

Homeowners will be able to receive 145 euros for the first 1,000sq ft of a property.

Mr Doherty said the Minister for Housing Darragh O’Brien did not raise the sliding scale when they spoke by phone hours before the scheme was publicly announced.

Mr Doherty said the minister’s decision not to mention it was "very deliberate" and "very disingenuous".

"The average family in Donegal, based on 158 applications through the (Donegal) council offices meant that they were going to be 65,000 on average," Mr Doherty added.

"That is unattainable for the families.

"This is life-changing sums of money for people in Donegal."

Sinn Fein TD Pearse Doherty called on the Government to scrap the sliding-scale plan and "go back to the drawing board".

"Donegal County Council has told your government that the tender price that they have received from contractors to demolish and rebuild the first 43 houses is an average 150 euros per square foot," Mr Doherty said.

"So you need to go back to the drawing board."

He welcomed other measures in the redress scheme including costs for renting and storage.

"The point here is that’s no use to families." he added.

Taoiseach Micheal Martin said the Government had made a "very comprehensive response" to the mica issue.

"The scheme that was announced yesterday by the minister is expansive, an extra 800 million, 2.2 billion of a scheme to deal comprehensively with the issues that were raised by residents." Mr Martin told the Dail.

"Our only objective is to ensure that residents can get their homes rebuilt."

Mr Martin went on to accuse Sinn Fein of "feigning outrage" around the campaign.

"I can see through you, deputy," he added.

“What I want to say to the residents and homeowners is, we’re working on this.

"My only interest now is the homeowners."

"But the conversation I’ve had with my colleagues late last night, and I was also in touch with Darragh O’Brien this morning, they have an awareness too that there is a massive issue around this sliding scale."