Hundreds of Kildare students to get results tomorrow 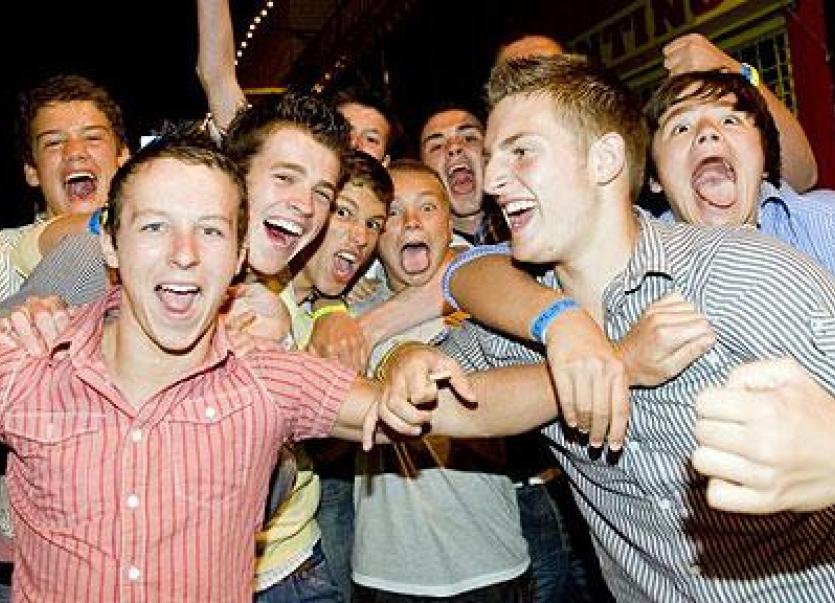 Drinkaware, the national charity working to prevent and reduce alcohol misuse, are appealing to Co Kildare parents to talk to their school-leaving children about alcohol habits as they begin their journey into college life.

With over a third (34%) of under-25s reporting binge drinking on a weekly basis (six or more standard drinks in one sitting) and 64% of under-25s claiming that they use drink as a coping mechanism, it’s important that parents have an open and honest conversation with their young people about alcohol and prevent alcohol misuse in late-teens, early twenties and into later life.

“Ahead of the Leaving Cert results celebrations and college offers, it’s important that parents engage with their young people and advocate for sober curiosity or a more mindful attitude to alcohol. We are appealing to parents to discuss post-results plans together with their children and provide them with practical knowledge and advice on how they can celebrate this achievement in a safe environment.

“This is a transitional life stage for thousands of young people across the country and this can bring its own issues. New surroundings, new friends and new expectations – these can all lead to feelings of stress or anxiety. We know from our research that under-25s in Ireland are turning to alcohol a coping mechanism and with many college events all too often associated with drinking, such as Freshers’ Week and Rag Week, young people can feel pressured into increased alcohol use.

“We are increasingly seeing that millennials and Generation Z are becoming ‘sober-curious’ and are thinking now about improving their future health, so the desire to drink less is there but a bit of added encouragement from parents can go a long way.

“Drinkaware’s role in tackling underage drinking is to provide support and resources to those in the strongest position to positively shape the attitudes and future behaviours of young people. Our online ‘Parents Hub’ provides practical tips, tools and advice on how to approach this all-important conversation around alcohol.”

Here are Drinkaware’s tips and advice for parents ahead of Leaving Cert results and starting college:

Think about your own drinking habits
Being a positive role model and setting an example when it comes to your child’s relationship and understanding of alcohol is very important. As you know, children learn a lot by watching their parents, so if you have a healthy relationship with alcohol, you are showing your children how to do the same.

Make it known that not every teenager drinks alcohol
Challenge the perceived norm that everyone drinks before they are 18 years old and use it to open a discussion. While some may decide to drink alcohol before they reach 18 years, there are an increasing number who choose not to. It is up to each individual to make their own decision on this, and parents can help by making sure their children have the resiliency skills needed to trust their own judgement.

Be empowered by your parental influence
At our workshops, we hear from parents that they think their children’s friends have the biggest impact on their behaviours. However, we’ve found that parents are the single strongest influencers on their child’s attitudes and future behaviours towards alcohol.

When they are of age, encourage mindful drinking or sober curiosity
Most school-leaving children are of drinking age, so it’s important that parents encourage them to be a mindful if and when consuming alcohol. Talk to them about the new trend of ‘sober curiosity’, bring them to or support events that provide an alcohol-free environment, and show them that you don’t need to drink alcohol to have a good time.