Kildare blitzed in second half 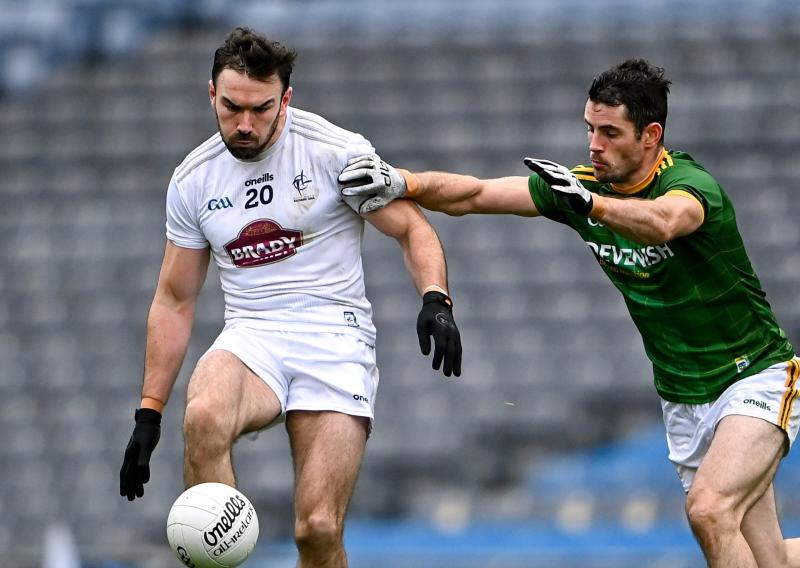 Fergal Conway on the attack for Kildare

Hving led at the break by six points the roof fell in on Kildare the second half of today's Leister SFC semi final when they conceded two goals in a minute to Meath, , bkth goals were soft and that was only the start of the collapse.

In fairnenss when they eventually went behind, they still had the wherewithall to come back and draw level but some deplorable defending saw Meath hit the Kildare net on another three occasions eventually winning 5-9 to 0-15.

He said the final score did not do justice to Kildare; Meath did nothing spectacular, we simply handed them at least three goals and you cannot do that at this level.