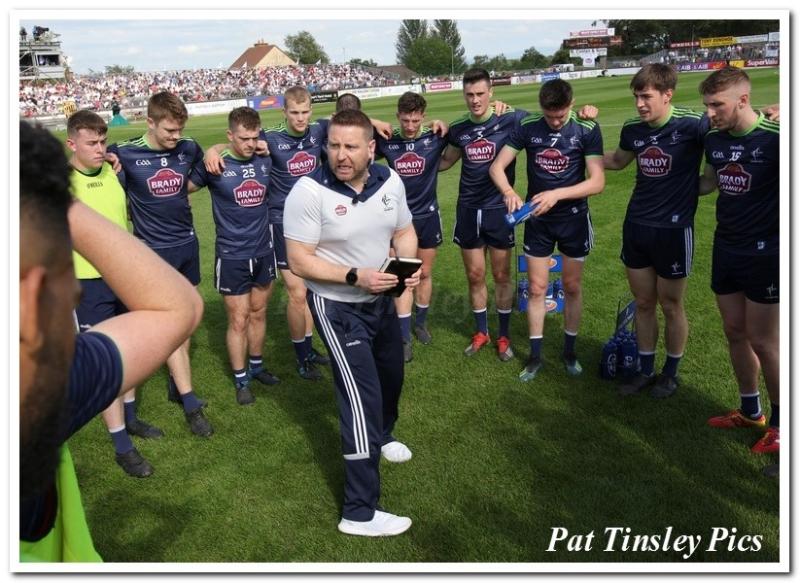 And just like that and the Kildare Senior Footballers year is at an end after losing by ten points to Tyrone on Saturday Evening.

Looking back on the year as a whole Kildare boss Cian O’Neill has a tinge of regret as his side didn’t meet their targets as well as getting a big injury crisis and running in to arguably the best two teams in the country.

“The year as a whole was disappointing

“It’s funny, we didn’t feel we played that well at all in the league and yet we were one match away from being promoted. The championship was a funny one too in that we got beaten by the two teams in last year’s All-Ireland final”.

“We didn’t lose to any other team and that being said we did struggle early on, in overcoming Wicklow and Longford. We just didn’t perform at the level we did at the latter end of last year and that is the big disappointment”.

“But then you are looking at the stand and you see lads like Paul Cribbin, Paddy Brophy, Niall Kelly tweaked his hamstring in the warm-up there, Kevin Flynn, Fionn Dowling, Tony Archibold, Daniel Flynn not with us.

“You almost would have had a competing attacking line not available today. That didn’t make it easy on us but I would still be disappointed with how we performed with the group that we had.”

On the game itself the Moorefield man was magnanimous in the fact that they were beaten by a better team and chasing them from the off certainly didn’t help.

“If you are going to beat a team of Tyrone’s calibre, like Dublin, you need a few things to happen”.

“You need everything to go in your favour and you need to be taking your chances and really put them under pressure. We gave them a start in both halves and unfortunately we were always chasing the match”.

“You don’t want to be chasing a team of Tyrone’s quality, particularly with 14 men”, O’Neill admitted.

The defeat brought an end to Cian O’Neill’s fourth year in charge of the team and he wouldn’t  be drawn on what the future may hold.

After he agreed to stay on for two more years it was announced that a review would take place at the end of this campaign so that should take place in the coming weeks and with no County Board gathering until September it may be a while till we get any concrete news on the managerial front.

“My mind was set on a recovery session tomorrow morning and on planning for next week. That’s how you need to plan. The guys will be devastated with the defeat but they died with their boots on and they never stopped trying to play”.

“I just want to spend a bit of time with them and the management and the backroom team. They have all been phenomenal this year and the last three years. That’s really where my head is at.”