1998 semi final: A brilliant display from The Lilies

Man-of-the-match performances all round 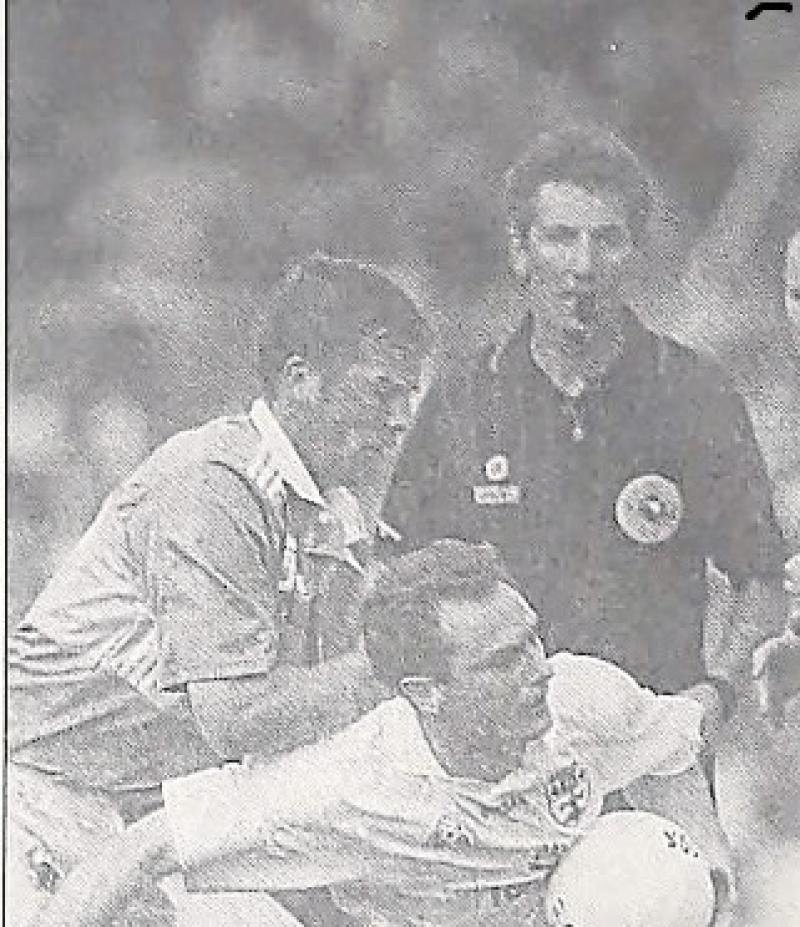 And who was your man of the match my friend enquired over a few pints as we watched the highlights and the after-match TV discussion in Coffey's of Newbridge, on Sunday night (after Kildare had defeated Kerry in the All Ireland SFC semi final of 1998).
What is it about this man of the match I replied. It is after all a team game. Fifteen players (seventeen in fact for Kildare on Sunday) so why so much interest in the man of the match award?
Certainly from a discussion point of view there is nothing that provokes more comment, disagreement, even anger, than the infamous man of the match.
The TV have it down to a fine art now of course. They have just one person taking this delicate decision. On this occasion it was the Holy Water man himself, the great Pat Spillane.
In fairness to Spillane, wearing his Kerry hat (does he ever take it off) he was very gracious to Kildare, on Sunday night.
“The best team won, no doubt about that.” He did make the point that in his opinion, the Kerry disallowed goal should have stood. It was certainly a close call but as one Kildare supporter said to me when I asked him if he thought it was a legitimate goal, his reply was sharp and to the point: “That goal was disallowed, end of story.”
But anyway what about this man of the match thing. Firstly I feel if there was an award for the best decision of the day it would have to go to the team management who decided to bring Ken Doyle into the half-forward line to replace Dermot Earley who went to midfield instead of the injured Niall Buckley.
That particular decision, one that I hasten to add, not many would have agreed with, and certainly one that had me scratching my head, worked out magnificently. So first of all the boys that have to make the real hard decisions certainly got it right on Sunday.
As to the actual team itself, well there were many players worthy of being acclaimed man of the match.
Team captain, Glenn Ryan, who looked to have his hands full early on with Dara Ó Cinnéide, grew in confidence as the game progressed. He had a major influence on the outcome. He was strong, decisive and fiercely determined (as one would expect) He stood up and was counted and his second half display was as good as anything we have seen from him.
Flanking him were Anthony Rainbow and John Finn. Both had extremely good games and both saw their immediate opponents (Pa Laide and Willie Kirby) being called ashore.
John Finn has rarely played a better game. Before the rest of the team settled it was the Clane man who shone out, consistently getting forward and being rewarded with a fine individual point early on.
Ronan Quinn, at full back, again showed he is a quality player. Brian Lacey has secured his All Star award, of that there can be little question. The Terrier from Towers had another top class game. Rarely has Maurice Fitzgerald being kept so quiet.
Sos Dowling was kept busy with Mike Frank Russell but with the half-back line playing so well the Kerry inside forwards never got their quality ball to which they had become accustomed. Davy Dalton got a great reception when introduced and made one typical Dalton clearance shifting Maurice Fitz in the process.
Midfielder saw Willie McCreery working his butt off covering every blade of the park. His partner, Dermot Earley, had a magnificent game. Some of his fetching was simply class and his overall display, for one so young, was one of the main factors why Kildare are into the All Ireland final.
Eddie McCormick has not been as prominent as in other games but took his points well and worked hard.
It is probably beginning to bore readers but the work rate of Declan Kerrigan puts in is surely above and beyond the call of duty. The amount of times he picked up the breaking ball is incredible; he links perfectly between the half backs and the half forwards. Definitely the unsung hero of the team.
Ken Doyle can be more than pleased with his display. Only his second full game in something like 8 or 9 weeks, his fitness level was incredible. One particular catch and a long punt forward to Martin Lynch ended with the Clan man finding the target was top drawer stuff.
Martin Lynch and Barry O'Shea had a ding-dong battle. Both had their moments but in the end it the Clane man who came out on top. Having the best season for along time, Lynch is a handful for any defender at the minute.
Full forward, Karl O'Dwyer, had answered his critics long before this game but on Sunday he even added to his reputation slotting over a 45 and another free further out. Three points in total for the former Kerry player. How he escaped from the Kingdom must be one of the great mysteries.
Pauric Gravin showed his accuracy from the placed balls again, missing just one. However the Clogherinkoe man suffered severe concussion and had to be replaced with 12 minute remaining.
Christy Byrne in goals looked assured, particularly under the high ball; his kick-outs were good but he'll have to cut out those silly and dangerous advances.
Pauric Brennan showed he is more than capable of competing at this level. He took his point like a veteran. A player with vast potential.
So after all that, my man of the match?
Well so far I have seen Earley, Ryan, Rainbow and Lacey being awarded various man of the match awards.
I'll add to that list.
For his sheer consistency, right from the word go, his drive and expert reading of the ame; his Trojan work in defence; and his ability to get forward at every opportunity.
My man of the match goes to wing back John Finn.