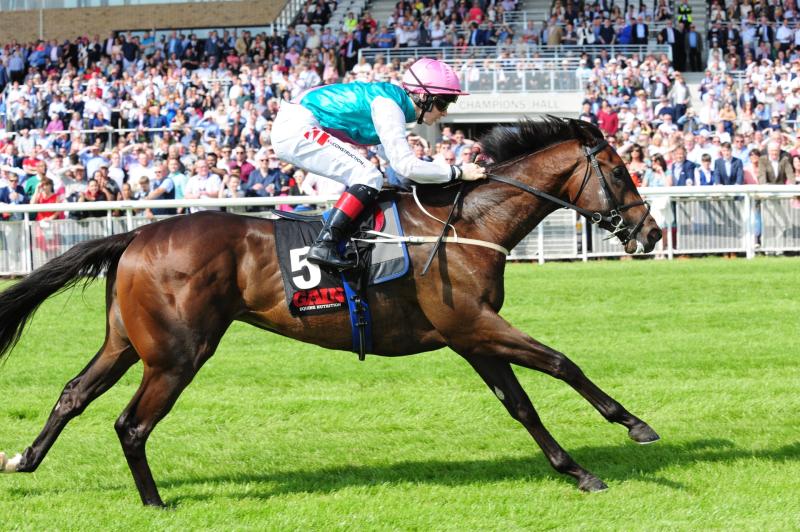 Sisken, ridden my Colin Keane, trained by Ger Lyons and owned by Prince Khalid Abdullah on his way to winning the GAIN Railway Stakes 2019

As racing is about to return (behind closed doors) at Naas on Monday (June 8) The Curragh has just received a great boost with the announcement that GAIN Equine Nutrition have confirmed their sponsorship of races taking place on two of their most high profile race days.

This year, GAIN will be sponsoring the GAIN First Flier Stakes Race (June 27) alongside the Dubai Duty Free Irish Derby. This Listed race is now in its second year with the Godolphin owned Ickworth taking victory in 2019.

For the past seven years, GAIN Equine Nutrition has sponsored the Group 2 GAIN Railway Stakes. On its 170th year, the race which previously sat alongside the Dubai Duty Free Irish Derby will now take place on Irish Oaks Day, 18th July.

The race has consistently been one of the top races of the season for some of Europe’s best juveniles and has been won in recent times by subsequent Group 1 winners including Mastercraftsman, Sudirman, George Washington, Holy Roman Emperor and Rock of Gibraltar. The Ger Lyons trained Siskin landed the race in 2019 under Colin Keane. Siskin went on to win the Group 1 Keeneland Phoenix Stakes later in the year, again over 6f.

Pat Keogh Chief Executive of The Curragh, commented: "We have enjoyed a great relationship with GAIN since 2012 and we are delighted that they have agreed to enhance their association through the sponsorship of two of our leading races for juveniles.  There is a natural synergy between both races and we would hope that the winner of the GAIN First Flier will target the Railway Stakes three weeks later. Sponsorship was never more important to the industry than it is this year and we are extremely grateful to the support from our great friends in Gain. “