Kildare GAA: Moorefield and Athy can serve up a cracker

Intriguing senior contest on the cards for Saturday 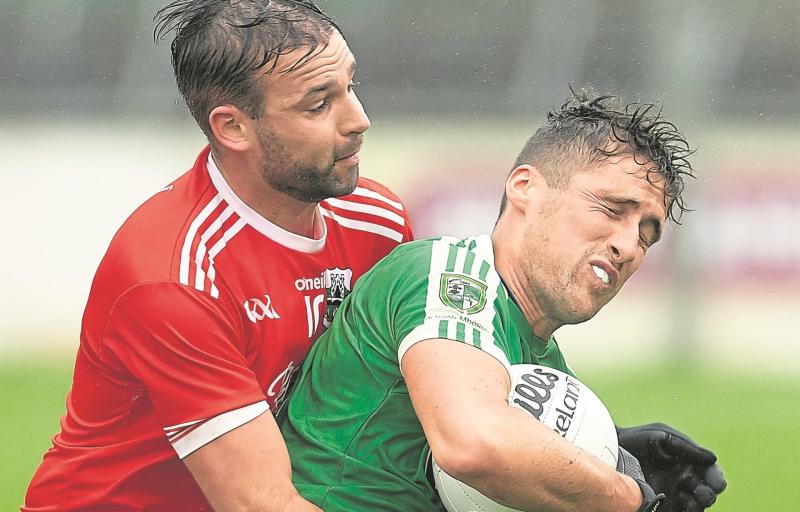 Few thought, just a few short weeks ago, we would be looking forward to a senior and intermediate football final this coming Saturday.
Yes Saturday, believed to give the county management team an extra day as the senior county players will be returning to training prior to the recommencement of the AFL (Division 2) due on October 18 and the following weekend.
It has been tough of players over the last number of weeks, games in quick succession, no break and now just seven days after the two semi finals, the final due which sees Moorefield making it to the decider for the fifth time in a row having won two and lost two.
Athy return to the top table for the second time in two years, having been defeated by The Moores in 2018; Sarsfields in 2015 but lifting the Dermot Bourke Cup in 2011, defeating Carbury in the final of that year.
Athy shocked champions, Sarsfields on Saturday they are in the final on merit and will come with big expectations having disposed of The Sash by three points, which in fairness does not do them justice, such was the superiority of Vinnie Walsh's side.
Vinnie is in his third year with Athy, having initially gone in as a selector, he took over the managerial role in 2019.
In 2018 Athy lost to Moorefield in the quarter final while in 2019 they lost to the same opposition in the semi final.
Vinnie admitted after last week's win that 2019 was a year “we were brining players along, developing a system which suits us.”
They have a system now, one they stick rigidly to and one, no question, the players are comfortable with.
Sarsfields never came to terms with a system that sees no shortage of bodies behind the ball and then break and break in big numbers at lightening speed.
One other thing the Athy boss admitted that is different this year than previous years is the fact they have had their county players for the entire season up to now.
“Over the past few years our county lads came back, broken and often injured, Kevin Feely is a case in point, it is the first time Kevin is fully fit for us and you can see the difference it makes.”
Moorefield are back in familiar territory, a fifth final in a row is some achievement and this time around they have in Roli Sweeney a manager in his first year, yet a manager that has gained a fair bit of experience over the past few years.
Moorefield topped their group, despite going under to Raheens by a point in their final game but stepped up big time against Johnstownbridge in the quarter final and then used all their guile and experience to defeat a decent Celbridge side last week.
The fact they went into last week's semi without the services of midfield maestro Aaron Masterson and still came out on top should certainly give them added confidence.
Moorefield can also be more than pleased that their bench showed their worth when called upon last week.
They go into Saturday's final as favourites but as we saw last week, being favs is certainly no guarantee of success.
Looking at the Athy line-up, they are solid at the back, the Hyland boys need no introduction while corner back, Darren Lawler (former Kildare minor) is enjoying a great season. Brian Maher is a scoring half back, Mick Foley is as experienced as they come while David Hyland, is David Hyland, a top class player regardless where he lines out.
Kevin Feely, as stated, is playing to the top of his game while Paschal Connell is an experienced partner.
The Kelly boys, Niall and Barry are on top of their game at the minute, Niall is lethal and finding the range at will while the work rate of Barry is to be admired. Liam McGovern is a top class free taker, James Eaton a handful for anyone at no. 14 while the likes of David McGovern and John Moran are very capable players.
Moorefield on the other hand will come into this one, somewhat relieved to be at centre stage once again.
Tom Kinsella proved in the semi final how fine a keeper he is; the full back line has lots of pace; Mark Dempsey is settling in well at no. 6 while Ian Meehan is coming on leaps and bounds.
The return of Aaron Masterson is a big plus while the work rate of Kevin Murnaghan is simply second to none.
Up front Adam Tyrrell and Eanna O'Connor are the main men, both capable of winning any game and on their day will take a lot of looking after.
Manager Sweeney and his selectors are probably still debating their best starting XV and don't rule out a surprise of two, they have the options regardless of what side they settle on.
Pity, once again, the attendance will be limited because this could go right down to the wire.
Athy are due a big won over Moorefield but at the end of the day it is all about who performs best on the big stage.
Moorefield have the edge when it comes to big final day experience, no doubt about that while Athy have been there or thereabouts over the past few years and will be fully aware of the challenge.
Expect a close, exciting tussle, might even take extra time, but The Moores get the nod.