Moorefield and Athy to battle it out for the ultimate honours 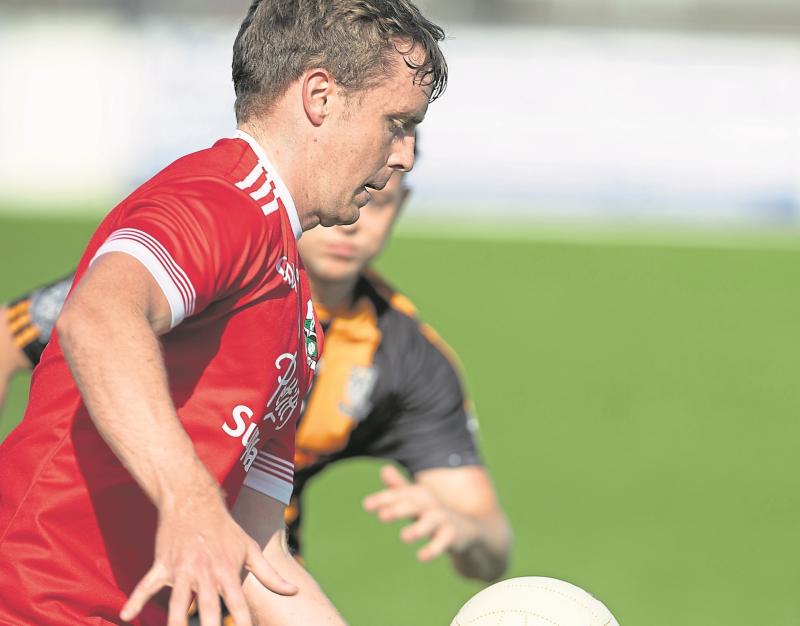 Saturday's Joe Mallon Senior Football Championship final is Moorefield's fifth in a row as they bid to bring their tally of titles up to eleven and when you consider that their second title did not arrive until 2000 (their first was back in 1962) it is some achievement to have collected nine since, having played in thirteen finals all told.

Athy, on the other hand, have six titles to their name, their first arrived in 1933, and their last in 2011, previous to that the boys in red had not won a senior title since 1987.

However over the past few seasons Athy have been knocking on the door, making it to quarter finals, semi finals and finals.

Athy manager, Vinnie Walsh was part of the side's management team back in 2018 when the man in the hot seat was Emmanuel Kennedy; Vinny replaced him after that and is now in his second season as senior boss.

Since the Mayo native, and Cross & Passion school master, became involved, Athy have played Moorefield in the final of 2018 and the semi final in 2019, losing both, so they certainly won't need any motivational factors this time around, they are all there in abundance.

Moorefield, as we said, are playing in their fifth senior final in a row, having won two (defeating Athy and Celbridge) and lost two (both to Sarsfields) in 2015 and 2019.

Ronan Sweeney, an architect who runs his own successful business, is the most decorated club footballer in the county, is now in his first season as manager of The Moores. Vastly experienced player, he has been involved in management over the past number of years in Sligo and Waterford at senior inter-county level, despite only having decided to retire from playing 12 months ago, when he immediately moved from inside the chalk marks to the edge of the white lines.

Looking back to the senior final of two years ago, the amount of player turnover is interesting, to say the least.

Athy will start with something in the region of ten players from the side of 2018, with (probably) the same midfield pairing of Kevin Feely and Paschal Connell. Of the back six plus the keeper, there could be just two of the same players. It is up front that the least amount of change has occurred with as many as five starting today that started back in 2018.

Moorefield on the other hand will probably start with two of the back seven in that area of the field, Kevin Murnaghan began the 2018 final at half back and will now be in midfield, partnered by Aaron Masterson who wore the no. 9 shirt the last time these sides met in the final.

Of the sextet up front The Moores will line out today with probably three of the lads that started back then, the O'Connor boys, Eanna and Cian, along with Adam Tyrrell.

Now many of the players, from both teams, are still involved, and while they might start the game on the bench, players introduced on either side will be well know to regular attendees at championship games, although this could be the situation more on the Athy side than on the Moorefield team.

Of course the big disappointment on senior final day, well there are really two major disappointments. (1) The game is being played on a Saturday as distinct from the traditional Sunday; and (2) the attendance is limited to some 200, divided between the two clubs.

This is, has been, and continues to be a season like no other any of us have ever experienced.

It has been tough on the players, extremely tough, with today's players lining out for the fifth week in a row, and while there is a lot to be said for getting the championship completed in a time frame much tighter than what we have been accustomed to over the years, an extra week before the semi and/or the final would be very much appreciated by players, no doubt.

Having said that the situation we find ourselves in at present certainly gives much room for thought and time to consider the way forward, an opportunity to revamp the way the GAA calendar as a whole is run.

The time for simply 'cutting and pasting' the calendar, year in and year out, is (thankfully) coming to an end, both at inter-county and club level.

Running club competitions before county action has given club players, the most important players of all, the opportunity to take centre stage throughout the summer months. Hopefully that continues in the years ahead, with, or without, the virus.

As for Saturday, we can look forward to a top class game of football, both teams are laced with quality top drawer players; both well prepared and both capable of winning on the day.

Hopefully we get a game to remember, for all the right reasons.

And may the best team win on the day!