Kildare get over dogged Antrim side in Leinster MHC 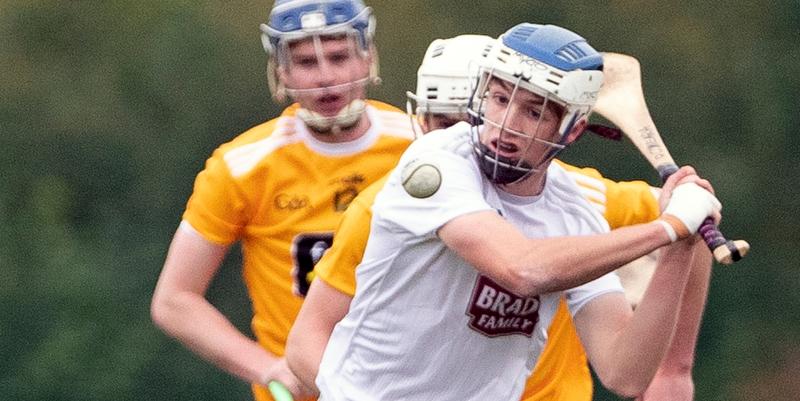 Kildare corner back Daniel O Meara makes room for himself to get his clearance away during the Minor Hurling Championship game against Antrim played at Abbottstown, Dublin

Kildare had a nine point win over Antrin at Abbottastown GAA COE, on Saturday, in the opening group game in the Electric Ireland Leinster Minor Hurling Championship, 1-13 to 0-7.

And while the winners were fully deserving of their win, undoubtedly the better time, they laboured for periods of the game, that after enjoying a fine opening quarter but lost their way, ironically after Antrim had a man sent off after 16 minutes, which seemed to do more for Antrim that it did for Kildare.

Having said that the winners were never headed, led by two at the break 0-7 to 0-5 but it took a goal from Charlie Sheridan, after great work Conor Treacy, to finally shake off the determined challenge of Antrim.

Manager, Eoin Stapleton, said after the game, he was not only delighted with the win but very happy to even get the game. We played reasonably well, against a side from a higher level than us, but we have now beaten them on the last three occasions we have met which has to be good for Kildare hurling.