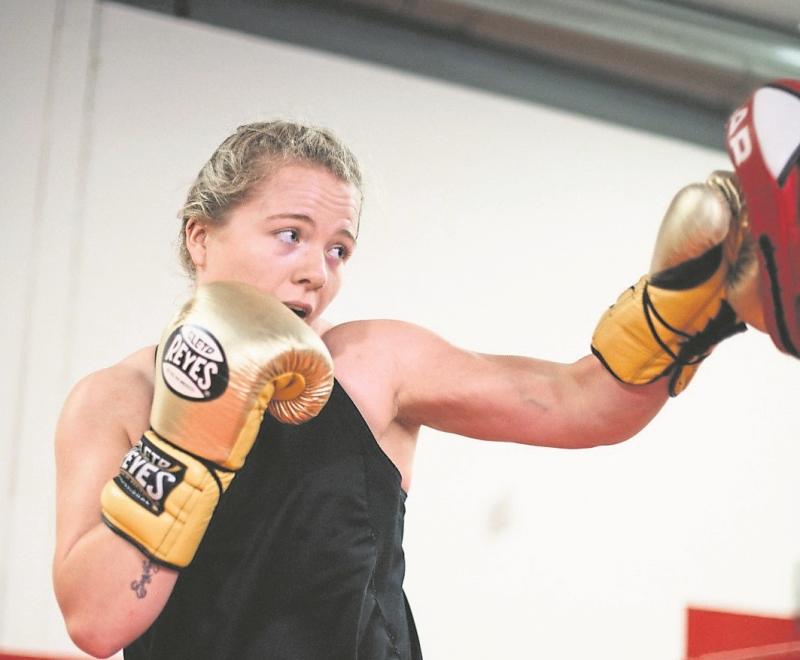 Kildare welterweight Katelynn Phelan has pulled off a stunning victory in Germany this evening, defeating hotly favoured Jessica Schadko, who pulled out after the fifth round of their bout in Munich.

Phelan, 20, will bring home the WBC Youth, WIBA and WBF world title belts after her win.

The fight was initially scheduled to take place last month, but was postponed after the Irish woman's opponent became ill. Going into the fight, Ireland's youngest professional female boxer had three wins from her three pro fights thus far, but Schadko was unbeaten in eight. It was the Kildare woman's first step up to a 10 round contest - though she needed just half that to put her opponent away after a punishing scrap.

Boxing website irish-boxing.com called it "a sensational performance" by the Kildare woman, who is coached by Niall Barrett. Phelan left her opponent shellshocked from the opening round, and the furious pace continued into the second. Schadko attempted to rally in a slower third and fourth - but Phelan had her opponent reeling and ready to retire by the conclusion of the fifth.

Speaking before the bout, the Kildare woman said: "This is a big challenge and we are fighting in her back garden but I've fought all over the world in numerous rings. I'm up for a challenge, who doesn't love a challenge? I've full confidence in myself and I know I'm ready for this.

“I started boxing when I was five or six years old and everybody used to tell me 'you're going to go to the Olympics'. Of course, I'm stubborn, and as soon as I started to think for myself, I decided that my style suits more to the professional style of boxing. This is the start, I have massive goals ahead and I know I'm well capable of achieving every single one of them that I put my mind to. This is a big, big goal but it still is only a stepping stone to what I am capable of.”

@katelynnphelan1 - get to know the name.