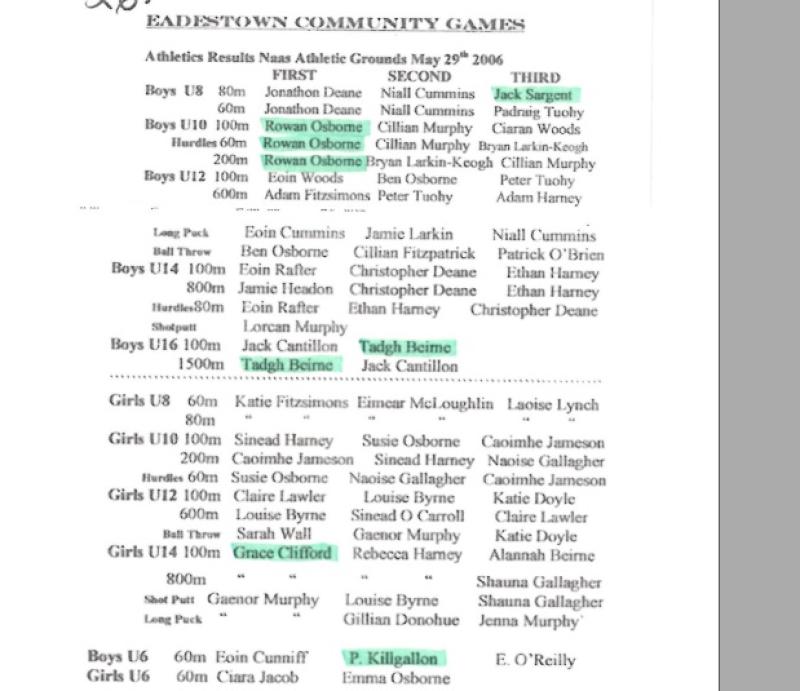 Eadestown may be a small(ish) rural area on the Kildare-Wicklow border but has produced an incredible amount of top class sports people down the years, the latest being Tadhg Beirne, not just an Ireland international rugby player but now a Lions player.
Tadhg, though is not the only rugby player from the area that has made his mark, others include Ronan Osborne (Leinster Rugby) who played in the 2014 Intermediate final with Eadestown; Diarmuid Killgallon (Connacht Rugby); Jimmy O'Brien (Leinster Rugby); top class GAA folk who have played with Kildare include Emmet Bolton, Larry Tompkins (Kildare and Cork All-Ireland winner); Jack Sargent is a current member of the Kildare senior squad of 2021; while Grace Clifford, captains the Kildare Ladies Football team, one of four 'Town' players, involved with the county.
In the next few weeks it is expected that two local golfers will be awarded golf scholarships in the US and they can certainly have one of their own to try and emulate as Maura Morrin played international golf for Ireland for over a decade, winning multiple national and provincial titles and is now a golf pro who runs a successful coaching business.
Not sure what's in the water up in Eadestown area but whatever it is it should be bottled and passed around the rest of the county.