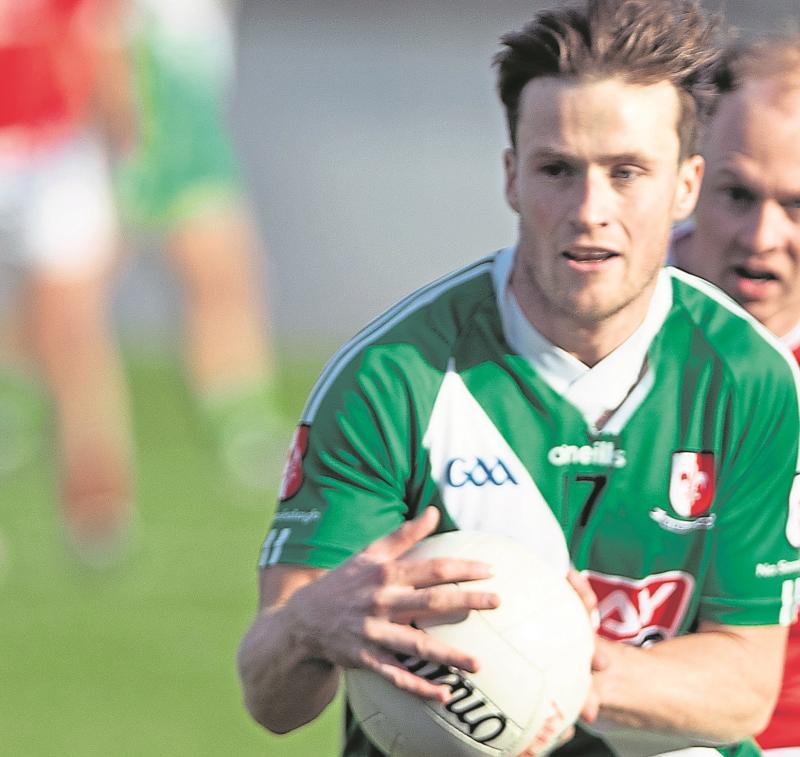 Little did we know one week out from the Joe Mallon (Renault) Motors Senior Football Championship semi finals that the games would be over shadowed by off-the-field activities at Naas GAA with the news that their senior football manager, Paul Kelly, and the club have parted company.

Terrible pity as Naas are bidding to reach their first senior final in exactly 30 years it is not their magnificent season to date that is making the news but their management.

Leaving that aside for the moment and no doubt we will be hearing more of that particular episode in the weeks (and possibly months) ahead we will concentrate on the football side of things and the first semi final on Saturday and the meeting of Naas and Maynooth.

With the turmoil in the county town reaching fever pitch Maynooth, no doubt, are sitting back and with nothing only their football to concentrate on will come into this game in the right frame of mind.

Having enjoyed a great year they really have nothing to lose, few, if any, would have had them on their short list to reach this stage of the championship but there they are and it has to be said fully on merit.

They have been playing some great football under their manager (and former Naas boss) Declan McCabe.

Having come through their group Maynooth defeated St Laurence's by six points in the quarter final, a game they were hot favourites in. Having said that they did not shake off The Larries until their second half goal arrived courtesy of Sean Hever.

Eoin Donnellan got their opening goal and while he wears no. 2 most days, he plays a lot further up the field and is getting a reputation of finding opponents' net on a regular basis.

Maynooth will not fear Naas and that's for sure with players of the calibre of Cathal McCabe, Darren Maguire, the talented Neil Flynn, Fionn Ó Giolláin, not forgetting Mark Donnellan and Jonathan Flattery.

Naas, who we are informed will now be managed by a player-led management team of Eoin Doyle acting as player-manager along with Eamonn Callaghan and will come into this one as favourites.

How they will react after all the side-show of last week we just do not know but they have been playing a lovely brand of football, are strong at the back, more than decent in midfield and possess an array of scoring forwards such as Darragh Kirwan, Eamonn Callaghan, Alex Beirne and James Burke (both were forced off early in the quarter final so a worry here) while the experience of Eoin Doyle, Brian Byrne and Paddy McDermott will surely be a big factor also. They also have two fine fetches of the ball in Sean Cullen and Jack Cleary.

Would have expected Naas to win prior to last week, and while still believe they can do it but only if their focus is where it should be and that will not be easy after all the shenanigans of last week.

Sunday should see another cracking contest between two of the best teams in the championship without a doubt.

Long time favourites, even before champions Athy, were knocked out, The Sash have been flying under manager Padraig Brennan.

These sides met in Round 3, both had already qualified for the quarter finals but it was Celbridge who put down the marker on the day.

How much should we read into that result is very difficult to say but Sarsfields certainly put that reversal behind them when they handing out a bit of a hiding to Raheens in the quarter final, a side that defeated them in the Leinster Leader Cup final earlier in the year.

Celbridge have been there or there about's for a few years now but despite getting over the line in the quarter final against Athy, there still remains a nagging doubt.

They really should have taken Athy out a lot easier than they did and it was only by the width of the upright they were not dragged into extra time that day.

Sarsfields look strong it has to be said. Shea Ryan lined out at no 3 against Raheens, their half back line of Darragh Ryan, Con Kavanagh and Ciaran Aspell is strong and mobile; will be interesting to see who lines out in the middle; Gary White picked up an injury in the quarter while Tadhg Hoey did well, a big lad with a fine pair of hands.

Up front Shane Doyle, Alan Smith, Barry Coffey and Ben McCormack are talented players, not forgetting Conor Hartley, who will get on the score sheet if given the room.

Celbridge will have Fergal Conway and Paddy Brophy back from the side that defeated Sarsfields and will look to Aaron Brown (exciting player), Tony Archbold, Kevin Flynn and Kevin O'Callaghan.

This could be a tight one but having tipped Sarsfields from the word go will stay with them to advance.