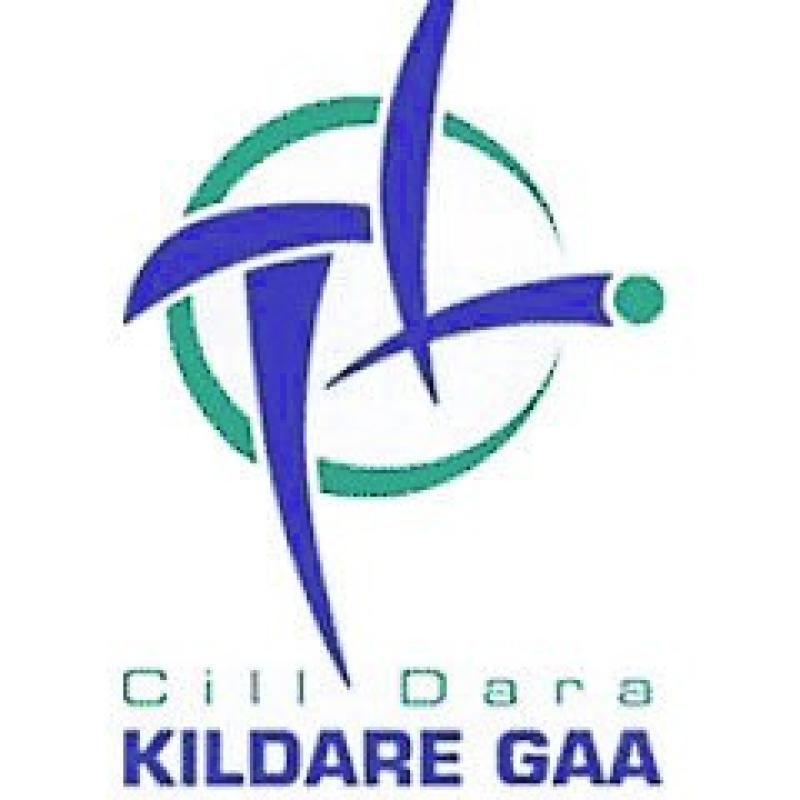 The first of the major championship finals are down for decision this weekend with the final of The Auld Shebeen Athy IFC and the Tom Cross Transport JFC.
It has been a tough weeks/ months for those with the responsibility of looking after fixtures and huge congratulations must go to Mick Mullen, Chairman CCCC and his committee for the way they have managed a trying situation, getting all competitions down to the stage they are now at.

IFC FINAL
Ballymore Eustace and Kilcock will be vying for the intermediate title and the opportunity to join the big boys in the senior grade come 2022, that in itself is a huge incentive.
This will be Kilcock's second year in a row to make it to the decider, that in itself is a major achievement. The intermediate is one of the toughest grades of them all and to make it to the final after losing out last season (to Clogherinkoe) is something that all in Kilcock, but particularly the players, manager Cian Flanagan, and his backroom people can be proud of.
This is Cian's first year in charge and as he says himself “we are just trying to build on what last year's management team achieved, but we have a great bunch of players, 32, 33 and at the end of the day it is the players who make the difference.”
Not for the first time this season Kilcock showed a great fighting attitude, they were up against it in the semi final against Sallins and at times looked in trouble but as the manager said “our lads fought brilliantly, they fought for every ball, especially the dirty ball, and I am delighted for each and every one of them.”
Admitting that his team are inclined to “feel teams out” before stepping up to the plate and this was evident again in the semi final when Kilcock did not put that semi to bed until the second half, a second half, according to their manager “we played the best football of the entire season.”
Ballymore Eustace on the other hand, under manager Ronan Joyce were in a somewhat tricky position early on particularly against a Leixlip side who played some very good football, took control early but when Ballymore stepped up in the third quarter they put the game to bed decisively
“When things are not going your way it is all about hanging in there” said Ronan Joyce looking back on the semi final.
“We got scores at vital times and that will certainly stand to us, this is a very young group of players and hopefully game like the semi final, and indeed other tough games we had earlier on, will stand to us come final day.”
Joyce added that his players have put in a serious shift since last November, training away by themselves and to be honest “I'm delighted that they are getting their rewards now.”
A very difficult game to call, nothing unusual in that when you are talking about an intermediate decider.
No doubt there are some top class players involved in both teams in this final.
For Kilcock, Shane O'Rourke is probably the stand-out player; young Findlay Nairn is a fine prospect while Daragh McArdle has enjoyed fine season.
Jason Gibbons and Cormac Divilly are strong midfielders; the half back one of David Duke, Sean Maguire and Daniel Courtney while good defenders can also get forward.
Ballymore's Simon Murphy continues to be his side's leading scorer, Stephen Dwyer did well against Leixlip (in for the injured Niall O'Neill); Michael Stewart Byrne is an experienced defender as is Mark Barrett at full back.
Tight game expected but the experience Kilcock gained from last season just might get them over the line, they do seem to have a big number of players capable of getting on to the score sheet, that second half display against Sallins was very impressive indeed and if they can repeat that performance Ballymore Eustace will have their hands full on the day.
Kilcock to clinch it and return to the senior ranks.

It is a mere seventeen weeks since Kilcullen were relegated to the junior ranks, losing out to Nurney in the 2020 relegation final back in July.
If The Rags can get the better of Rathcoffey in the Tom Cross JFC decider this weekend it will be the shortest stay ever by any club in the ranks of junior football.
Standing in their way is a very young and more than decent Rathcoffey side who have impressed on more than one occasion throughout this campaign.
One of the sideshows to this final is the fact that two players who soldiered and soldiered successfully with Moorefield will be opposite camps for this final.
Brian 'Moggy' McGrogan is in charge of Kilcullen while David Whyte, who dipped his toe in the managerial ladder for the first time is the Rathcoffey boss.
Kilcullen last won the junior title back in 2016, defeating Milltown after a replay, while Rathcoffey go all the way back to 1990 for their last win, ironically defeating Kilcullen in the final.
So what can we expect this coming weekend?
No doubt Kilcullen will come into this final as favourites whether they can live up to that billing we will have to wait and see.
They do have some fine players, both young and more experienced.
Their main scoring threat will come from full forward Dave Marshall who has been scoring freely throughout this campaign.
Dan Coughlan is another who has been making waves while Ciaran O'Brien is never too far away when they are looking for goals.
Fine keeper in Cormac Barker; full back Fran Shortt; Graham Lavin at no. 6 while up front Darren Barker, who has been struggling with injury but played in the semi final could be the man to unlock the Rathcoffey defence, his deft kick passing is a joy to behold.
Have to say Rathcoffey impressed in their semi final, getting the better of Robertstown, never an easy task.
One thing Rathcoffey have are a few very impressive forwards, especially Alex McGovern, very impressive in the semi final, along with Jason Acton.
Evin McGovern at centre half back is as good an any no 6 in this grade; Eoghan McDonnell, Cathal Travers and Niall O'Brien are others that are all very comfortable on the ball.
A huge day for both clubs but especially for Rathcoffey who are waiting some 30 years to lift this cup.
Very little between these sides and that's for sure but at the end of the day the nod goes to Kilcullen to make their stay in this grade the shortest in living memory.

Before a sliother was struck in anger in this season's UPMC senior hurling championship there was just one team on the lips of hurling folk in the county, and that was Naas.
Now that we have reached the semi final stage, Saturday, both games at Clane, 2 and 3.30, the boys from the county town remain firm favourites, not just to make it to the final but to go all the way.
On Saturday they take on Ardclough, who finished third in the winnner's group, before defeating Coill Dubh in the pre-semi final thus setting up a clash with Naas.
The second semi will see Celbridge, runners-up in the winner's group take on Leixlip, who topped the loser's section.
Naas would seem to hold the aces in their game, they have already played Ardclough winning by no less than 31 points, difficult to see much difference this time around.
In the second semi Celbridge will be fancied to advance. They are definitely looked upon as the only side that could possibly push the boys from the county town.
Leilxip topped the losers' group, losing just one game, somewhat surprisingly it has to be said to Éire Óg Corrachoill, but got the better of Coill Dubh to top the group, Dubh then going out to Ardclough in the pre-quarter final.
It would indeed be a huge shock if either of Naas or Celbridge were to crash out at this stage, regardless of how one looks at it, it looks set up for a Naas v Celbridge decider in a couple of weeks time.