Kildare's opener with Kerry 'will not define season' 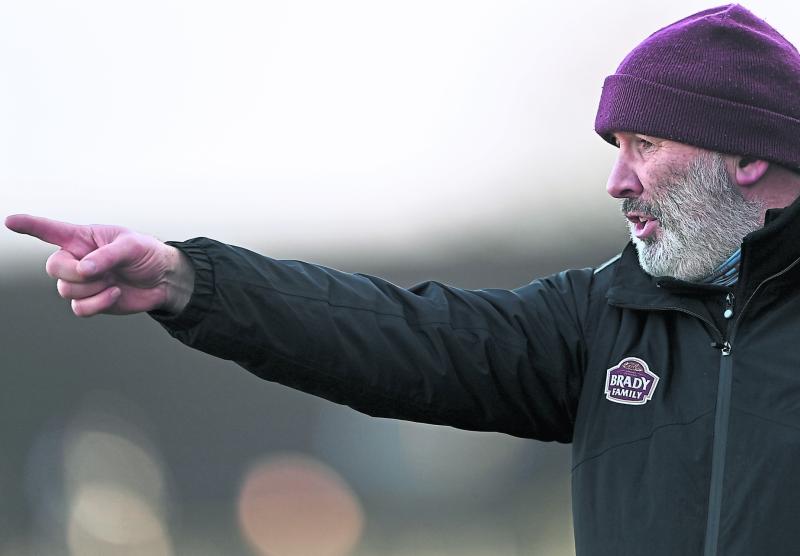 It could hardly get more difficult for Glenn Ryan and his management team than to take on Kerry in the opening game of the 2022 Allianz Football League, Division 1, this Sunday (January 30) with a 1.45pm throw-in.
And with Jack O'Connor returning to St Conleth's Park for the first time since his departure from The Lilies, that adds a little spice to the occasion without a doubt.
“It is an exciting game to be looking forward to but it is not the be-all-and-end-all, I'm sure there will be plenty of side-shows that people will be talking about that are of no relevance, if we play football for these sideshows, it is for the wrong reason.”
The words of Glenn Ryan as he looks forward to his side's opening Allianz Football League clash.
“First game of the League, but among the panel there was great enthusiasm about playing Westmeath and against Carlow and Laois (O'Byrne Cup) and that is what you want; obviously a lot more at stake playing Kerry, not going to fool ourselves to that degree, but it is not going to define us one way or the other, it will be, hopefully, be part of us getting better” adds the Round Towers man.
While thus far some 34 or 35 players have seen game time in the O'Byrne Cup, it is the lads that have not yet appeared that fans are most concerned about. Ultra cautious Glenn says “we will see how they are going, they will get game time if they are right, if they are not right, they won't; it is important to get fellas on to he pitch who are 100 per cent, we won't be rushing anyone back, if an extra week means they will be 100 per cent right they will get that extra time, the rush will come when they are right.”
As far as what team will be named for the Kerry game, well, Glenn is, hardly surprising, keeping that close to his chest and considering he has not finalised his panel as of yet, that is understandable.
However he did admit “we would have a fair idea of the best XV that we think might be available to us for Kerry; how close we are to that not too sure.”
Kildare missed out on an O'Byrne Cup final against Dublin last weekend and instead had to settle for an in-house final prep game amongst the panel instead, it will be very interesting to see what the starting team will be.

BACKROOM
Meantime the backroom team has all been finalised at this stage, with Dave Hare confirmed as the Strength & Conditioning coach. Hare has been working with Dublin Development squads and St Jude's in the city and is certainly a highly thought of trainer in this regard.
The physio is Kildare native Breiffni O'Donnell who runs a Physiotherapy Clinic in Craddockstown Golf Club. Breiffni has been involved with various Kildare teams in recent years, and is also connected to Naas Rugby Club and the Moorefield GAA Club.
Rumours of a Skills Coach have been circulating for some time and Glenn confirmed that former Kerry great, Paul Galvin is “lending a hand in this regard.”
A talented and controversial player in his day, Galvin has four All-Ireland senior medals to his name, seven Munster medals and a host of other achievements. He was Player of the Year in 2009 and won three All-Star Awards, he managed Wexford footballers in 2019, replacing Kildare's Paul McLoughlin, but resigned some 12 months later, due to work commitments (not having played any championship due to covid). He could certainly prove to be some addition to Kildare.
Glenn, somewhat playing down Galvin's appointment said “He (Galvin) has been in a few nights; he is helping out with the skills, helping out and trying to improve elements in that regard and looking at where we can improve, adding “no different to what we would have been doing anyway; an extra pair of eyes; just a very low involvement.”
While suggesting that Galvin's appointment would certainly make the headlines, Glenn replied, “there should be more important things to be focusing on; he is part and parcel of a team where everyone has an in-put, all important, from perspective it is important we get the right people to do those jobs that we think need to be done; if there is a bit of talk about it .... there should be other things to talk about.”
During the O'Byrne campaign Kildare have no doubt been moving well and while the manager seemed quiet happy with the way his squad was performing he added “I'd be very happy with the players enthusiasm to try and do things and their enthusiasm to work and to tackle and maybe do the right things off the pitch along with the right things on it; you can't judge everything on the opposition or maybe the time of the year; maybe they will all be better, as we will, in time.
“The one thing we have little control of is the attitude of the players when they go out on to the field, that should all be in their control, whether it be on the pitch, in the gym, or training, everything we have asked them to do so far has been met with a great enthusiasm and a great desire to try and get better and improve and this is out job on a management team and build on the hard work that has been done by Jack O'Connor and Cian O'Neill and other managers who have put a lot of time into those players.”

THE OAKS GYM
Kildare opened a new gym at the end of 2021 and Glenn is fulsome in his praise for that particular venture.
“The new gym is brilliant and to have everything here under the one roof so to speak, when you look at the challenges that were here previously, particularly for Jack O'Connor over the past couple of years what with covid, the gym in the industrial estate in Newbridge; the pitch here, everything under the one roof is a huge bonus.
“A great facility; great foresight to have it, it is called The Oaks, and it is not just for the senior team it is a facility that will be used all the way down to the Development Squads and getting back to the Great Oak Trees from little acorns grow and all that, that is why it is called The Oaks, to show that development of lads growing and maturing and getting and growing into something we can be proud about, and of course the whole connection with Kildare, the Church of the Oak, it ties it well; great to have it there and now it is important that we get the best use of it.”
The link between the minor, U20 and senior players is vitally important in any county and the new management team in Kildare certainly are taking that on board.
“We have been speaking with the U20 and the minor managements; one night we were doing a set of runs in one part of the running area in Hawkfield; the U20s were warming up before they went out and the minors were over at the other side warming up, so you had the whole of Kildare football from minor to U20 to senior level in a 50m sq area and that can only be a good thing with the minors looking to the U20s and the U20s looking to the senior; Brian Flanagan, Mark Scanlon, Hughie Lynch, Eamonn Callaghan, we know each other; we have all played and got great pride from playing with Kildare, we all have a role in making Kildare better — not just making our own teams better — it is very important I think; we will be working together.”
There is little doubt that there will be huge interest, not just in the opening game of the league, against Kerry but throughout the entire seven match programme, three at home and four away and while Glenn says it is great to see the interest, he does put in a caveat in that regard.
“It is great to see it but there has been a problem in Kildare for a long time and we have to temper that enthusiasm with realism and what it is that we ultimately achieve is what we should be judged on and not the peaks and troughs, people getting high after one game and burying us after another.
“We will try to get the consistency out of these lads on a daily basis and if we get that on any one day and are happy with the commitment and the effort and everything that they show; some days we will play well; others day we won't, it is be realistic as I say, about performances and try to judge them on the one constant we want, work-rate and effort and we see what happens after that.
“We have ideas and will work towards consistency over time; there are certain things we can control ourselves and those are the things we want to be consistent with; our attitude and application.”