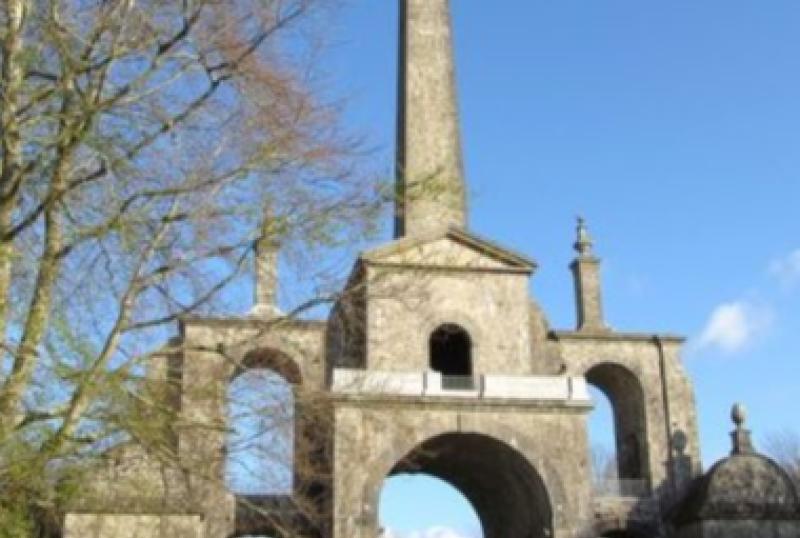 A councillor has told Kildare County Council (KCC) that Conolly's Folly, also known as The Obelisk, should be "showcased" instead of hidden away.

Labour Cllr Angela Feeney was present for the Clane-Maynooth Municipal District (MD) meeting this morning when she asked KCC to write to the Office of Public Works (OPW) calling for improvement, repairs and enhancement of the monument.

The motion was issued by Ms Amy Granville, a Senior Planner for Planning and Strategic Development with KCC.

Cllr Feeney said: "The Obelisk is a key heritage building in the area, and has a huge scope for tourism."

"It should be showcased instead of hidden away."

She added: "It is sad to see that the area has fallen into disrepair, and the railings surrounding it were hit by a large vehicle recently."

Her sentiments were echoed by Cllr Tim Durkan and Mayor of Kildare Naoise Ó Cearúil, with the latter saying that it was "an embarrassment that the OPW has let it get this bad."

Mayor Ó Cearúil also claimed to have received no response from the OPW about the issue when he wrote to them in the past.

Conolly's Folly/Obelisk is a National Monument located between Leixlip and Maynooth and was completed by It was architect Richard Castle in 1740.

Measuring at 42 metres (or 140 feet) high, it was built just outside Castletown Estate, which contains two follies that were commissioned by Katherine Conolly,the philanthropic widow of politician and Speaker William Conolly.

The Obelisk was built on land that was near to, but not on, the Conolly estate, which means it technically belonged to neighbouring Fitzgerald family, who were the Dukes of Leinster.