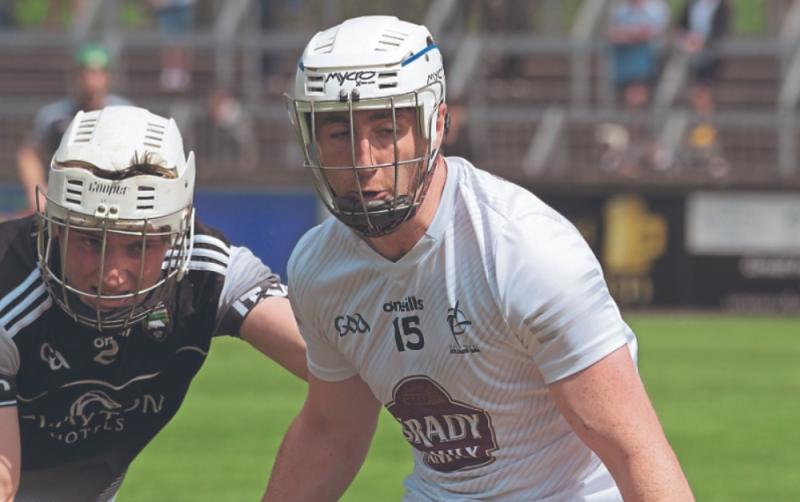 “I expect nothing else but a massive battle, we have had some success in the last couple of years with the Christy Ring and Division 2B but Mayo have won the Nickey Rackard Cup to get into this competition, last year, and we know how good they can be,” the words of Kildare senior hurling manager David Herity ahead of his side’s Christy Ring Cup final with Mayo at Croke Park, this Saturday (5 pm).

There is a weight of expectation on this Kildare side, favourites for this competition before they even took to the field, that expectancy of success from people on the outside of the Lilywhite camp will only have been buoyed by their five wins from five in the group stages as they head to Croke Park red hot favourites.

How to watch BOTH of Kildare's finals this week

Despite a convincing opening day victory over their final opponents, manager David Herity knows he won't be facing the same side they turned over in Ballina: “It will be a different Mayo team, they were missing Ger McManus the first day and they have three new lads in from Dublin and Galway. They have also changed key things around in the back and midfield.

“Joe Mooney who came in for them has gone from midfield into centre-forward probably only had about three training sessions with the squad when they played against us. Even if you are to look at the pitch that day, that alone it was like a bog in Ballina and it will be a whole different ball game for both sides in Croke Park on Saturday.”

Kildare beat Mayo 5-26 to 0-11 on the opening day but Herity is looking far deeper into his team’s performance than the final scoring tally.

When the Lilies visited Ballina there was little to separate the two sides in the opening half. Goalkeeper Paddy McKenna was on top form between the sticks to keep his side ahead before the break. Kildare would go on to rack up a convincing scoreline but that tight first half would go far in keeping players and management wary of this Mayo side.

“Putting together a complete 70 minutes is something that we still haven't done this year yet but this team is absolutely capable of doing it. Just for 15 minutes of games we just kind of taper off in terms of work rate and with that the scoring dropst. It’s about maintaining that high work rate and we know that will result in high turnovers and scores.”

Herity was also quick to quash any concerns of complacency amongst his squad in facing a side they have beaten by 30 points: “In the camp, we have made it very competitive for places and the lads know that if anyone even thinks of dropping off in any of their standards, that there is a bench of players who are ready to come in and we have used five or six subs consistently throughout the Christy Ring.”

The Kildare manager while maintaining the quality of opposition was also not shy in complimenting the brilliant performances of his side in his campaign as he reflected on perfectly navigating the group stages.

“It was a very pleasing five games. We came into it wanting to win all five of them, but winning those three home games was massive for us. We wanted to make sure that Conleth’s was a place where we weren't going to cough up some easy results like I felt we had in the past in both league and championship,” Herity said.

Following the success of Kildare ladies winning a Leinster intermediate championship last Sunday, next weekend represents another opportunity for Kildare to bring home silverware this year and what would be their second Christy Ring cup under manager David Herity.